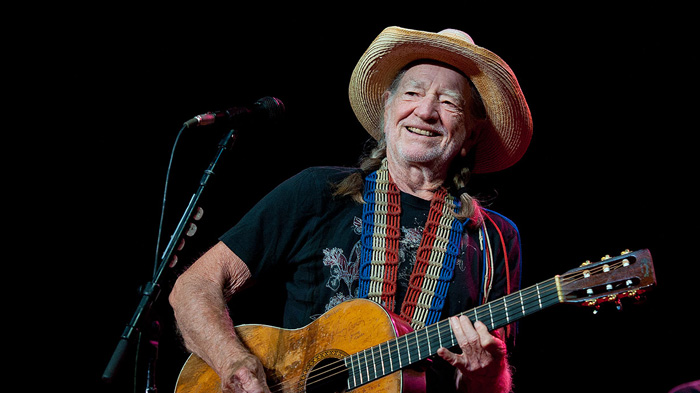 Nelson has sold more than 50 million records across the world.

Born “Willie Hugh Nelson” on April 29, 1933 in Abbott, Texas, his family relocated from Arkansas in 1929 during the Great Depression. After both his parents abandoned him, Willie and his sister Bobbie were raised by their grandparents. His grandfather gifted him a guitar when he was six and Willie wrote his first song when he was only seven.

Music was a very important of the Nelson family’s life and spirituality. Soon, Willie Nelson started to sing gospel songs in the local church. He joined the local band Bohemian Polka at age nine. Willie credits much of his later political advocacy to his difficult childhood experiences.

He remained politically active in the 1950s but made crucial contributions to country music’s “Outlaw Movement” during the late 1960s and 1970s. Responding to the conventional “Nashville sound”, the self-proclaimed “Outlaws” such as Nelson, Johnny Cash, and Waylon Jennings left Nashville for Texas and recreated the genre’s popularity.

Incensed with the spuriousness of corporate country music, the Outlaws stressed creative freedom over material and production. The defining moment for the popularity of the Outlaws was the release of the critically acclaimed 1975 album, Red Headed Stranger. Willie rebelled against the formulaic Nashville sound by writing a minimally produced concept album.

Willie Nelson has won many awards and honors in his career. A recipient of 11 Grammy Awards and 7 American Music Awards, Nelson was inducted into the Country Music Hall of Fame in 1993. He received the Kennedy Center Honors in 1998.

Willie Nelson has married four times and fathered seven children. He has been arrested four times for marijuana possession. Much of his activism revolves around green initiatives, agricultural reforms, and legalization of marijuana.