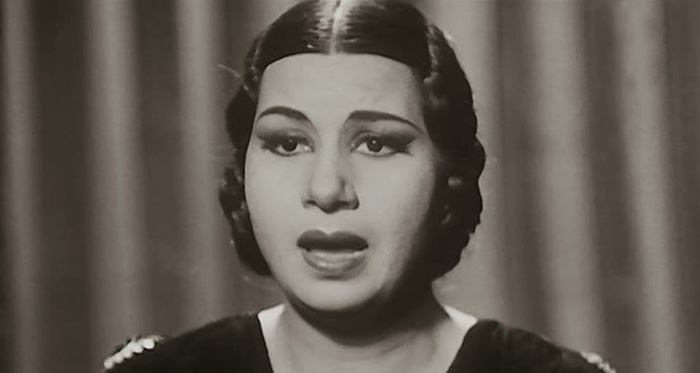 Umm Kulthum was an Egyptian singer-songwriter and actress. Blessed with a beautiful voice and a wide range, she was undoubtedly the greatest female Arabic singer in history. Often nicknamed as “Kawkab al-Sharq” or “Star of the East”, she attracted a massive fan following and huge critical acclaim.

Kulthum’s voice had an amazing quality that mesmerized Arab audiences and critics alike for nearly half a century.

Born in a small Egyptian village in the Nile Delta on December 30, 1898, her father was a prayer leader in a local mosque. Kulthum started accompanying her father who sang religious songs at festivities and marriages ceremonies for extra earnings. The young girl earned a great reputation as she toured the Nile Delta region with her father for the next ten years.

Umm Kulthum’s family relocated to Cairo in 1923 and she spent the next five years polishing her singing skills under various musicians. She became one of the biggest names in Egyptian music industry by 1928. Kulthum started appearing on the national radio in 1934, which further increased her fame and recognition. She was made the president of the Musician’s Union and a member of the Listening Committee in the 1940s.

Her influence kept growing and she became a special friend of the reigning royal family. She also starred in a few musicals films.

Kulthum also sang a number of highly popular patriotic songs and became an undisputed icon of Egyptian culture. Her declining health in the early 1970s marked the end of her career. Kulthum died from heart failure in 1975. She was 76 years years old.

Kulthum’s funeral was attended by millions of people from all over the world.

Umm Kulthum was awarded many prizes and decorations in her prestigious career. She received the State Award for art in 1968.

Umm Kulthum has been married twice. She married Mahmud Sharif, a fellow musician, in 1946. The marriage was dissolved within days. In 1954, she married Dr. Hasan al-Hifnawi, her long-time admirer and one of her doctors.