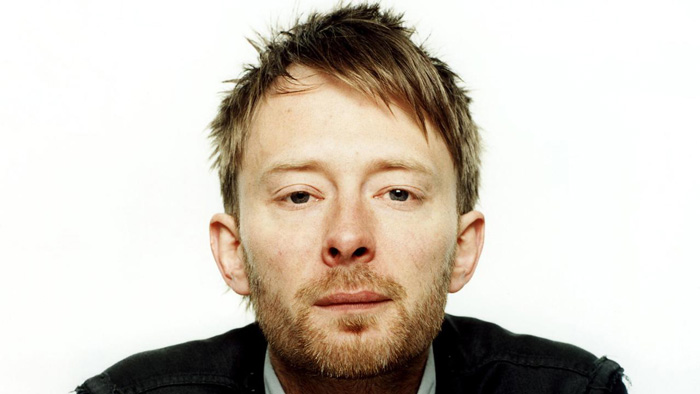 Thom Yorke is an English singer-songwriter and multi-instrumentalist musician, best known as the lead singer of Radiohead. Noted for his use of falsetto and electronic equipment such as samplers and drum machines, he made Radiohead one of the most important acts of the 1990s and 2000s under his leadership.

Born “Thomas Edward Yorke” on 7 October 1968, in Wellingborough, Northamptonshir, his family relocated to Oxfordshire in 1978.

Thom Yorke formed a rock band named On a Friday with his schoolmates when he was only 10. This childhood band secured a contract with Parlophone and changed their name to Radiohead in 1985. Their 1992 debut single “Creep” became a worldwide hit one year after its release. The band propelled to greater international fame after the release of 1995’s The Bends and 1997’s OK Computer. Their 2000 album, Kid A saw, marked the band’s foray into electronic music.

Yorke also collaborated with other musicians such as Drugstore, Sparklehorse, Björk and PJ Harvey. He released a solo album, The Eraser, in 2006. His second solo album, Tomorrow’s Modern Boxes, was released in 2014.

Yorke is a noted political activist who campaigns for human rights, environment protection and anti-war causes.