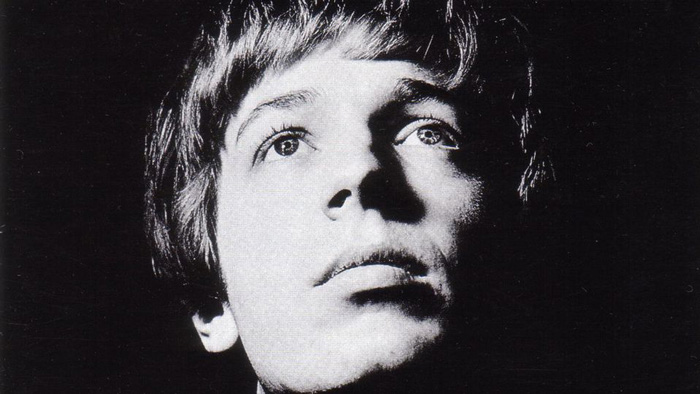 Scott Walker (real name “Noel Scott Engel”) born on January 9, 1943 in Hamilton, Ohio – is a world-renowned American singer-songwriter known for his distinctive baritone voice and relatively unconventional musical approach. He has lived and worked mostly in Britain since 1965.

His father was an oil industry manager. Walker was interested music from an early age and started his career as a child actor and singer in the late 1950s. Walker was discovered by celebrity television host Eddie Fisher and became a teen icon under his real name. He consequently appeared several times on Fisher’s TV series and also recorded a few songs.

Scott Walker formed The Walker Brothers in early 1964, a trio consisting of him, his brother John Walker, and drummer Gary Leeds which performed Phil Spector-influenced ballads. When the band broke in 1967, he took the band’s name for his own and embarked on a solo career. He gained recognition for his heavily orchestrated cover versions of hit songs by Jacques Brel and others.

Walker’s crooning style became vastly popular in the UK and other European countries. He released a series of highly successful and acclaimed albums, but experienced a unfortunate drop in sales in the late 60s and the early 70s. The Walker Brothers reunited in 1975 but disbanded again after a few years in 1978.

His albums Tilt, The Drift and Bish Bosch are a drastically different from his earlier work. Walker’s enormously avant-garde artistic style has notably been termed as the “sound of nightmares”. In 2006, Stephen Kijak directed Scott Walker: 30 Century Man, a 95 minutes documentary about his creative process which also included a very candid interview of Walker and exclusive footage of his The Drift recording sessions.

In 2003, Scott Walker was honored with a lifetime achievement award by Q magazine for his outstanding contributions to music. It was presented by Jarvis Cocker of Pulp.

Scott Walker married his long-time Danish girlfriend, Mette Teglbjaerg, in 1972, with whom he fathered a daughter.