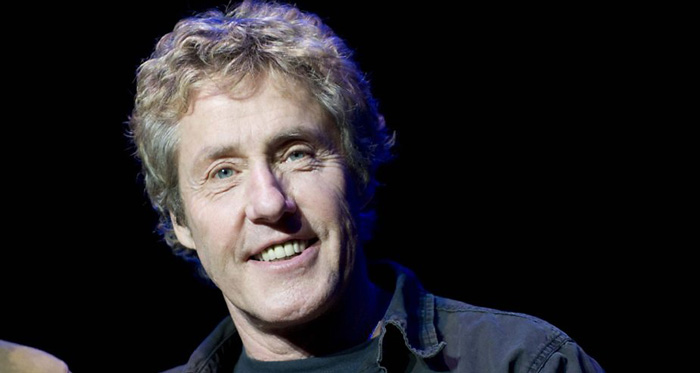 Roger Daltrey is an English singer-songwriter and actor, best known as the lead vocalist and frontman of the legendary rock band, The Who. His powerful vocals, macho swagger and erratic onstage persona made him one of the most charismatic rockstars in history. Daltrey also has had a successful solo career and worked as an actor and film producer, having appeared in films, theater and television.

Born “Roger Harry Daltrey” in Hammersmith, London in 1944, he was born and raised in a middle-class family. A bright student, Daltrey attended Acton County Grammar School for Boys and girls where he met his fellow bandmates, Pete Townshend and John Entwistle.

After finishing his high school, Roger Daltrey worked as a steel worker and played in a skiffle band called “the Detours”. He invited his former schoolmates Entwistle and Townshend to join the band, while Keith Moon was recruited later in 1964. After a number of name changes, the group rose to prominence as “the Who”.

The Who released their first single, “I Can’t Explain” in 1965, which became a top 10 single on the UK charts. The band made their debut on the American charts with “Happy Jack” in 1967.

Although Daltrey’s dominance of the band significantly declined when Townshend assumed the creative control and started writing original songs, his wonderful range as a performer played an instrumental role in establishing the Who as one of the most influential rock acts in history. He handled rock anthems such as “My Generation” and more contemplative ballads like “Behind Blue Eyes” with equal skill and finesse.

One of the Who’s greatest and most critically acclaimed works was the 1969 rock opera Tommy. Through the carefully crafted songs on the album, Daltrey played the central character, evolving from a pinball champ (“Pinball Wizard”) to a messianic figure who regains his eyesight and hearing and speaking abilities (“I’m Free”). He also starred in the 1975 film version of the opera.

Daltrey launched a solo career with his 1973 self-titled debut album. His follow-ups solo releases included Ride a Rock Horse and One of the Boys. He has also acted in several films and collaborated with a number of notable artists.

Roger Daltrey has been married twice: to Jackie Rickman (1964-1968) and to Heather Taylor (1971-present). He has five children: Simon, Mathias, Rosie, Willow and Jamie. Daltrey is also a renowned activist and philanthropist.