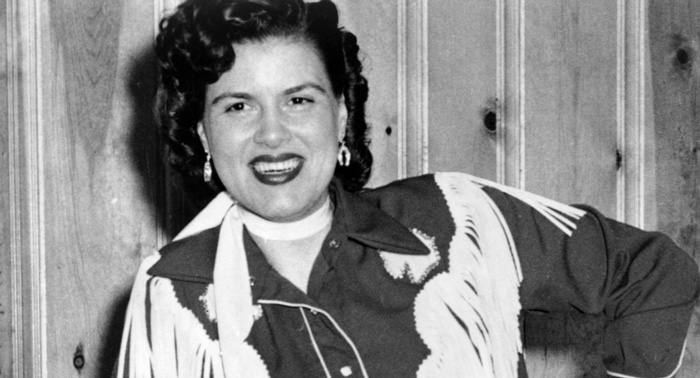 Patsy Cline has been universally acclaimed as one of the greatest and most influential country singers in history. As one of the key figures of the Nashville-dominated country music scene, she smoothed the path for women as headline performers and, in the process, inspired an entire generation of singers in various genres. Cline possessed a remarkably rich, powerful and emotionally engaging contralto voice. She died, aged 30, in an unfortunate plane crash at the peak of her success. Cline is often ranked among the great women of the 20th century.

Born “Virginia Patterson Hensley” in Gore, Virginia in 1932, his father was a blacksmith while her mother was a seamstress. Her family relocated to Winchester when Cline was eight. She started singing in church choir with her mother at an early age.

Patsy Cline’s first performance on radio was in 1947. It was so well received that it led to gigs at top local nightclubs. She became a crossover country and traditional pop sensation after her 1957 appearance on the television program Arthur Godfrey’s Talent Scouts in New York City.

Her vocal style incorporated elements of pop, country, and jazz and the initial material she recorded became a huge success on the country and pop charts. Her rendition of Willie Nelson’s “Crazy” was a seminal country and pop hit simultaneously. The song was also linked with the 1940s’ and 1950s’ Tin Pan Alley torch song tradition.

Cline was the first female country artist to headline her own live show in the early 1960s. Even after the tragic death of the reigning Queen of Country Music in a private airplane crash in 1963, she is remembered as one of the most influential country singers in history. Cline inspired generations of female singers, including Linda Ronstadt, k.d. lang, Loretta Lynn, Trisha Yearwood, Gretchen Wilson and Taylor Swift.

The 1988 musical Always…Patsy Cline, is based on a true story from the singer’s life. It contains the musical arrangements from her recordings from the 1960s.