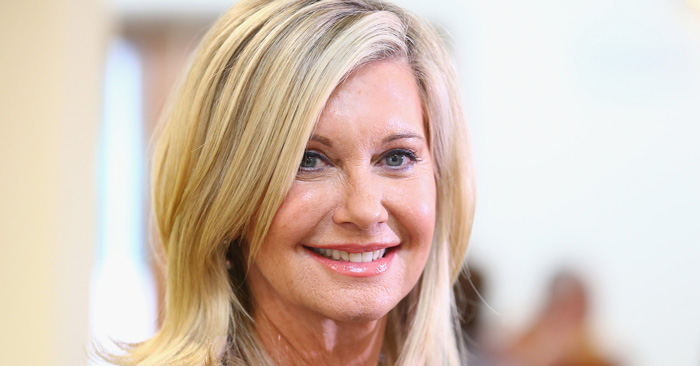 Olivia Newton-John is a British singer-songwriter, actress and activist. In a career spanning more than five decades, she has sold over 100 million records worldwide. Newton-John’s honey voice and sweet personality assured her success in a variety of genres, including pop, country, and adult contemporary. By the late 1970s, she established herself as the most prominent vocalist in America, garnering several gold and platinum records.

Born in Cambridge, England in 1948, Newton-John’s father was an Welsh immigrant and an MI5 officer and her mother was the daughter of the Nobel Prize-winning atomic physicist Max Born. Her family emigrated to Melbourne, Australia in 1954, when she was six years old.

Newton-John demonstrated musical talents early, winning several talents contest and made television and radio performances while still in her teens. She formed a short-lived girl group, Sol Four, with her three classmates at the age of fourteen.

Olivia Newton-John started her musical career in the mid-1960s after winning a talent contest on the television program Sing, Sing, Sing. Shortly after, she traveled to England and started performing at London pubs and cabarets. She signed a recording contract with Decca Records and released her debut single, “Till You Say You’ll Be Mine”, in 1966.

Newton-John’s love for country music resulted in soft-rock ballads that crossed over to the country-and-western radio stations. In 1974, she won the Country Music Association’s Female Vocalist of the Year Award. By the late 1970s and early 1980s, Olivia Newton-John cemented her reputation as the most important female vocalist in America, earning various gold records and Grammy Awards. In 1981, she released her highly successful album Physical. Its title track became the biggest-selling single of the decade, and two other singles “Make a Move on Me” and “Landslide”, also became huge international hits.

Olivia Newton-John has won numerous awards and accolades in her career, including four 4 Grammys, 10 American Music Awards, and nine Billboard Awards. She was made an Officer of the Order of the British Empire by Queen Elizabeth II in 1979. Newton-John received a star on the Hollywood Walk of Fame in 1981.

Olivia Newton-John has been married twice. She married her long-time boyfriend, actor Matt Lattanzi, in 1984. Their only daughter, Chloe Rose Lattanzi, was born in 1986. The marriage ended in a divorce in 1995. Newton-John married her second husband, John Easterling, in 2008.