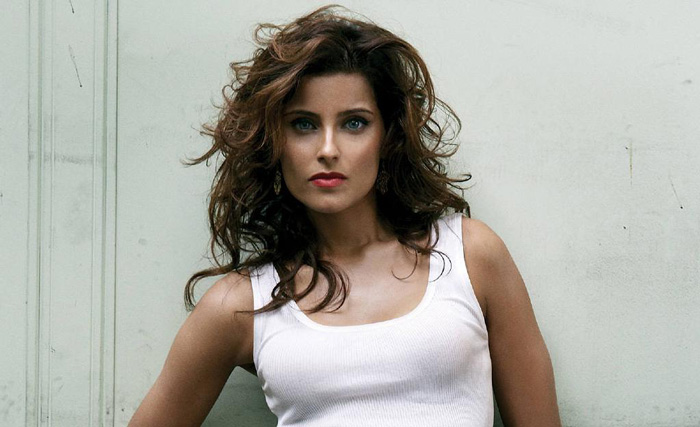 Nelly Furtado is a Canadian singer-songwriter and actress who gained widespread pop stardom with songs like “I’m Like a Bird” (2000), “Promiscuous” (2006) and “Say it Right” (2007). Known for her experimental music and high profile collaborations with international musicians, she has sold more than 40 million records worldwide. Furtado’s musical versatility has earned her much critical and audience acclaim.

Born “Nelly Kim Furtado” Victoria, British Columbia, Canada, she began performing and singing in Portuguese at a very early age. Both of Furtado’s parents had migrated from the São Miguel Island in the Azores.

By 1996, Nelly Furtado started collaborating with Gerald Eaton and Brian West of the famed hip-hop group The Philosopher Kings. She initially rose to prominence in her Canadian homeland, and then across the globe with her hit single “I’m Like A Bird”. Her debut album Whoa, Nelly! was an energetic blend of pop, hip-hop and R&B, which received considerable critical attention, as well as sizable sales. That same year, Furtado headlined the “Burn in the Spotlight Tour”.

Her second album, Folklore, was released in 2003. It included the single “Força”, which also was the official anthem of the 2004 European Football Championship. Furtado’s third studio album, Loose (2006), was produced by Timbaland. The album gained widespread critical acclaim and spawned many chart-topping singles such as “Say It Right”, “Maneater”, and “Promiscuous”.

Furtado released her first greatest hits album, The Best of Nelly Furtado, in 2010. Her fifth studio album, The Spirit Indestructible, came out in 2012. It received generally mixed reviews and struggled to make an impact in the market.

Nelly Furtado has won several awards and accolades in her career. A few of them include a Grammy Award, 10 Juno Awards, a MTV Europe Music Award, a BRIT Award for International Female Artist of the Year, three MuchMusic Video Awards, three Teen Choice Awards and a star on Canada’s Walk of Fame.

In 2003, Nelly Furtado gave birth to daughter Nevis Chetan in Toronto with then-boyfriend Jasper Gahunia. The couple broke up in 2005. She married sound engineer Demacio Castellon in 2008. Furtado is a prominent philanthropist who has played various benefit concerts. In 2014, she was awarded “Commander of the Order of Prince Henry” by the President of Portugal.