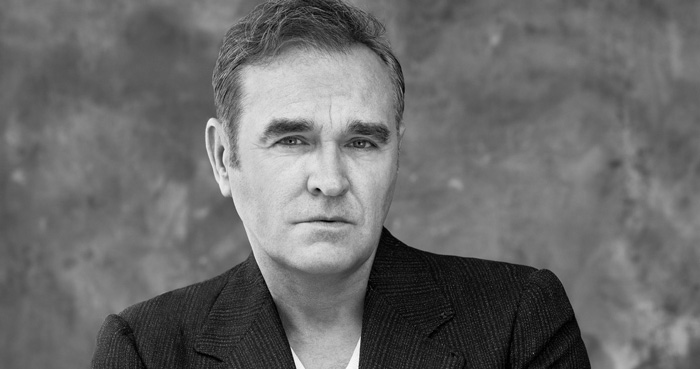 Morrissey is a British singer-songwriter whose work with The Smiths made him one of the foremost lyricists and vocalists in the ’80s indie music scene. Known for his poetic lyrics, energetic live performances and unusual baritone vocals, Morrissey launched a successful solo career when The Smiths disbanded in 1987. Various rock publications have described him as one of the most important artists of the last four decades.

Born “Steven Patrick Morrissey” in Lancashire, England in 1959, his father was a hospital porter while his mother was a librarian. Both his parents were Irish immigrants. Morrissey attended St. Mary’s Secondary Modern School and later Stretford Technical School. He was an avid music fan as a teenager and some of his favorite artists included Sandie Shaw, T. Rex, and the New York Dolls.

Although Morrissey started his musical career as frontman of the Nosebleeds in 1978, he rose to prominence in the 1980s as the lyricist and vocalist of the alternative rock band The Smiths. The band achieved massive popularity in the British independent music scene. After the breakup of the Smiths in 1987, Morrissey embarked on a highly successful solo career.

Morrissey’s seventh solo album, You Are the Quarry (2004), spawned four hit singles. It reached number 2 on the U.K. Albums chart and number 11 on the Billboard 200 Albums chart. In 2013, he released his autobiography which was published under the Penguin Classics imprint. It has sold more than 140000 copies worldwide.

Morrissey has won several NME Awards as a member of the Smiths. He is ranked number 92 on Rolling Stone’s list of “100 Greatest Singers Of All Time”.

Morrissey has attracted extensive media coverage due to his sexual orientation, and his advocacy of vegetarianism and animal rights.