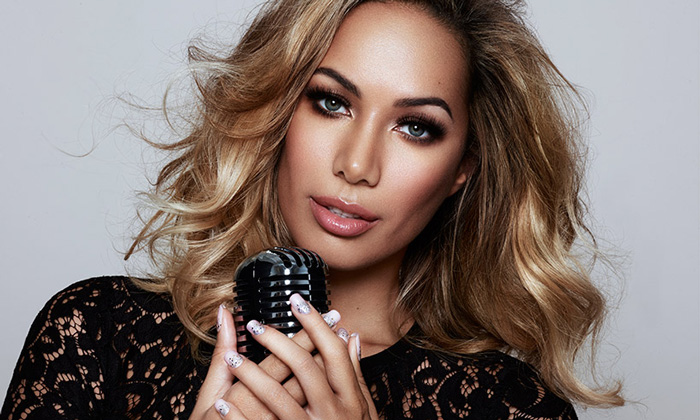 Leona Lewis is a British singer-songwriter and activist. She rose to prominence after winning the third series of The X Factor in 2006. She consequently secured a £1 million recording contract with Simon Cowell’s record label, Syco Music, and released a string of hit records that ranged across the spectrum of contemporary popular music. Known for her four octave mezzo-soprano vocal range, Lewis has sold more than 30 million units across the world.

Born “Leona Louise Lewis” in 1985 in the London Borough of Islington, UK, her father is a youth offending officer and DJ, and her mother is a social worker and former ballet teacher. Lewis started singing at an early age and attended several art schools. She wrote her first song at the tender age of twelve.

Leona Lewis dropped out of BRIT School at the age of seventeen to pursue a full-time career in music. After recording a demo album called Twilight under Spiral Music in 2004, she rose to worldwide prominence after winning the third series of The X Factor in 2006. Lewis subsequently secured a £1 million recording contract with Simon Cowell’s record label, Syco Music, and released her debut album Spirit in 2007. The album went 10x platinum in the United Kingdom and spawned international chart-toppers such as “Bleeding Love” and “A Moment Like This”. In 2008, the mega-hit album made her the first British female solo artist to top the US Billboard 200 album chart in over two decades.

Lewis’s second studio album, Echo (2009), reached the top twenty in nine countries and sold more than six million albums worldwide. She embarked on her first concert tour, The Labyrinth, in 2010. Lewis embraced electronic music and released her third studio album, Glassheart, in 2012. Although not as successful as her previous records, it peaked at number three on the UK Albums Chart.

Her fourth album, Christmas, with Love, came out in 2013. The album garnered favorable reviews and featured the song “One More Sleep” which made Lewis the first British female solo artist to achieve eight top 5 singles.

Leona Lewis has won various awards and accolades in her career. A few of them include three World Music Awards, five MTV Europe Music Awards, two MOBO Awards, and an Ivor Novello Award.

Leona Lewis is a well-known animal rights activist and a vegetarian. She is an avid football fan and a supporter of Premier League football club Arsenal F.C.