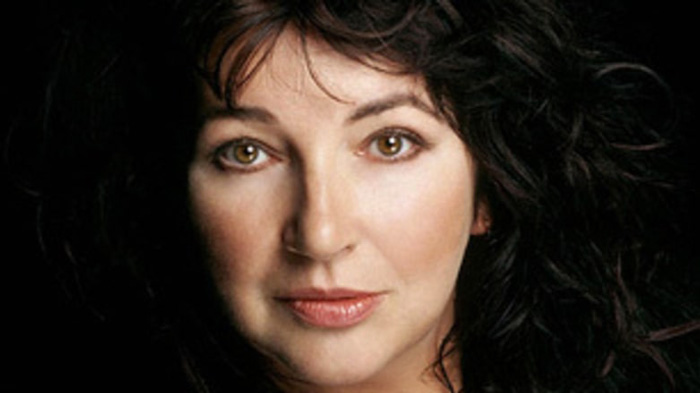 Kate Bush is a British singer-songwriter, musician and record producer who is widely considered one of the most accomplished and influential solo female performers to ever emerge out of England. Her brand of unusually complex artpop consisted of keening soprano vocals and intensive textural experimentation. With 25 UK Top 40 hit singles over an almost four-decades long career, Bush has sold millions of records and tickets to concerts all over the world.

Born “Catherine Bush” into a rich, artistic family in Kent, England in 1958, her father was a medical doctor and pianist and her mother was a dancer. Her elder brother worked as a musical instrument maker and was a part of the British folk music scene. Bush started learning piano and violin at the age of 11. Within a few years, she began writing her own songs.

One of the most inventive female musicians in the history of British music, Kate Bush produced imaginative and sophisticated art rock, noted for its theatrical diversity, textural experimentation, and extraordinary intellectual depth. She had her first major breakthrough when a family friend introduced her to Pink Floyd guitarist David Gilmour. Gilmour helped the sixteen-year-old Bush acquire a recording contract with EMI Records. For the next few years, she took singing and dance lessons in London.

Bush released her first single, “Wuthering Heights”, in 1978. It reached number one on the UK Singles Chart and stayed at the position for four weeks. The single boosted sales of Bush’s debut album, The Kick Inside, which was released shortly after one month. She promptly capitalized on her early success with her second studio album, Lionheart (1978), after which she went on a European tour.

After taking a few years off, Bush returned in 1980 with Never for Ever, which topped the UK Albums Chart and spawned hit singles such as “Breathing”, “Army Dreamers” and “Babooshka”. In 1985, she released her double-platinum fifth studio album, Hounds of Love, which also topped the UK Albums Chart and sold more than three million copies worldwide. A few of Bush’s other hits include “The Man with the Child in His Eyes”, “Running Up That Hill”, “Don’t Give Up”, and “King of the Mountain.”

has won numerous awards and accolades in her career, including a Brit Award for British Female Solo Artist (1987), and an NME Award for Best Female Singer (1979). She was appointed Commander of the Order of the British Empire (CBE) in 2013.

Kate Bush married guitarist and longtime collaborator Dan McIntosh in 1992. Their only son, Albert (nicknamed “Bertie”), was born in 1998.