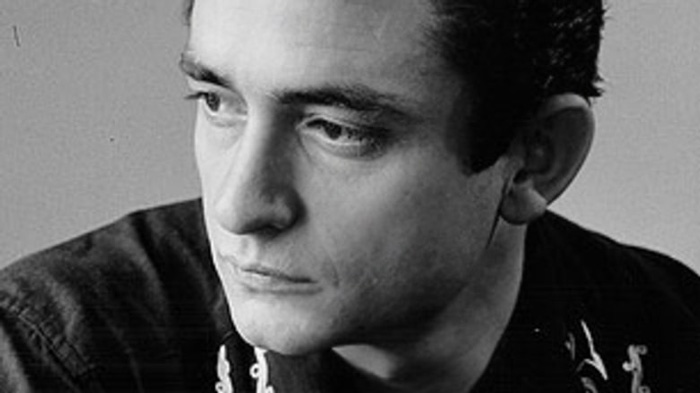 Johnny Cash was quite simply one of the greatest and most influential musicians in post-World War II American country and western music. Although primarily recognized as a country legend, his unique style drew from a wide variety of influences including gospel, blues, folk, rock and roll and rockabilly. Cash’s deep, resonant bass-baritone vocals – rhythmic, percussive guitar – and brash, rebellious attitude spawned a whole generation of singers who attempted to follow in his footsteps. Cash has sold an estimated 50 million records worldwide, with more than 100 hit singles to his name.

Born “J. R. Cash” in 1932 in Kingsland, Arkansas, he was raised on a cotton farm and was taught guitar by his mother as a young kid. Cash listened to gospel music and radio with great interest and started writing songs at the age of 12.

Johnny Cash moved to Memphis in his early 20s. After auditioning for Sam Phillips in 1955, he secured a recording contract with Sun Records, the music industry giant that launched artists like Jerry Lee Lewis, Elvis Presley, Carl Perkins and Roy Orbison. Cash recorded a string of hits with his “Tennessee Two” featuring guitarist Luther Perkins and bassist Marshall Grant.

Cash’s first pop hit, “I Walk the Line” remained on the record charts for over 43 weeks and established him as one of the America’s most prominent country musicians. He moved to Columbia Records in 1958 where he was offered a more lucrative contract. Cash scored massive crossover hits such as “Ring of Fire” and “A Boy Named Sue”. He was given complete artistic freedom by the label to record ambitious albums like Ballads of the True West.

Cash toured worldwide and played in numerous sold-out venues until his health began to decline in the late 1990s. Even then, his iconic career continued and his extraordinary body of music reached a new generation of fans. From spiritual hymns to rock ballads, his influence transcended all genres. Cash has always been a major influence on rock for his powerful music and rebellious attitude.

Although known for his burly outlaw image, Johnny Cash was a prominent activist who played various concerts at prisons and worked for Native Americans’ rights. He married Vivian Liberto – whom he had met several years ago during Air Force training – at St. Ann’s Roman Catholic Church in San Antonio in 1954. They had four daughters, namely Rosanne, Kathy, Cindy and Tara. Cash’s relationship with fellow singer June Carter led to his divorce with his first wife in 1966. He married Cater in 1968. Their only child, John Carter Cash, was born in 1970.