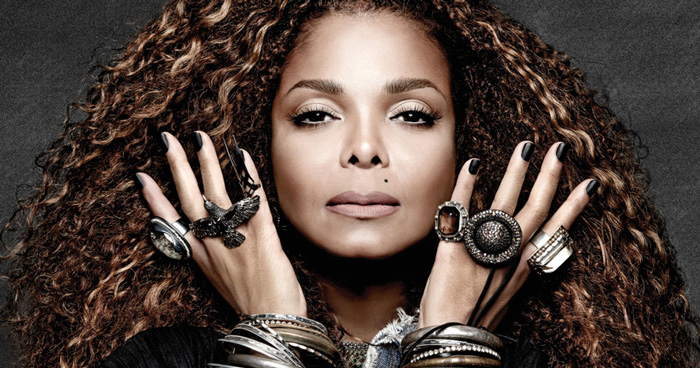 Janet Jackson is an singer-songwriter, dancer, actress and film producer. With a body of work consisting of lyrically sharp, sonically innovative, socially relevant and sexually provocative records, she became one of the most popular female pop and R&B stars of the ’80s and ’90s. One of the most awarded musical artists ever, Jackson has sold more than 140 million records across the world.

Born in 1966 into the Jackson family in Gary, Indiana, Janet was the youngest of ten children. She demonstrated musical talent at a young age. At the tender age of seven, she made an impressive performance at the Las Vegas Strip at the MGM Casino. Janet would shortly begin acting in the variety show The Jacksons in 1976. After working in several television sitcoms, she signed a recording contract with A&M Records in 1982.

Although Janet Jackson was never an actual member of the Jackson Five, she started out singing with the Jackson 5 on their television variety show. After the dismal success of her first two studio albums, Jackson (1982) and Dream Street (1984), her third album – Control (1986) – proved to be her commercial breakthrough. Jackson’s fourth album, Rhythm Nation 1814 (1989), sold even well and earned her the first Grammy of her four-decade career.

The music video of her 1990 hit single “Love Will Never Do (Without You)”, directed by photographer Herb Ritts, won MTV Video Music Award and catapulted her into a sex symbol. Jackson would use the publicity and her sex symbol image to her advantage throughout her career. Her subsequent releases, Janet (1993) and The Velvet Rope (1997), established her reputation as the highest-paid female singer in history.

Although her later albums failed to match the success of her previous records, Jackson continued to captivate the American public throughout the 2000s. In 2004, she apparently accidentally exposed a breast in her controversial Super Bowl halftime performance. In 2015, she launched her own record label, Rhythm Nation Records, in partnership with BMG Rights Management.

Janet Jackson has won numerous awards and accolades in her career, including 12 American Music Awards, 33 Billboard Music Awards, 6 Grammy Awards, 9 MTV Video Music Awards, and a star on the Hollywood Walk of Fame.

Janet Jackson’s personal life has been the subject of extensive media attention. She gained press notoriety for her controversial Super Bowl performance and drug and relationship problems. Jackson has been married thrice: to James DeBarge (1984–85), René Elizondo, Jr. (1991–2000), and Wissam Al Mana (2012-present).