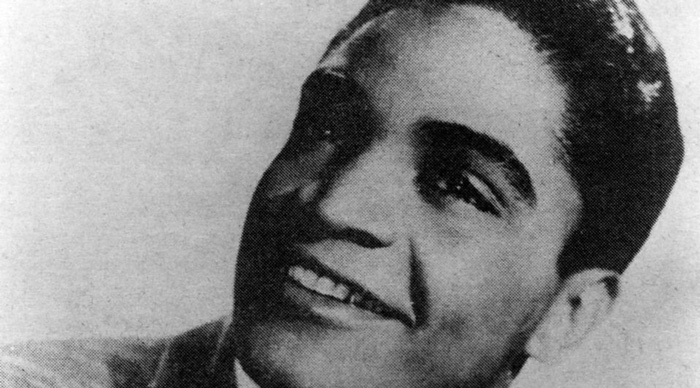 Jackie Wilson was an American singer-songwriter, who is often credited as one of the greatest and most influential performers in the history of R&B and rock ‘n’ roll music. He played a key role in the transition of R&B into soul music. After gaining prominence as a member of the R&B vocal group Billy Ward and His Dominoes, he launched a highly successful solo career in 1975.

Born “Jack Leroy Wilson” in 1934 in Detroit, his youth was marked by trouble and gang activity. Wilson started singing at an early age and often performed with his mother in the church choir. He joined Detroit’s renowned Ever-Ready Gospel Singers when he was only 12.

Nicknamed “Mr. Excitement”, Jackie Wilson was one of the finest singers of his generation, possessing a tenor voice and a brilliant vocal range of over four octaves. He was an extraordinary vocalist and performer who earned a reputation for mesmerizing crowds with his sheer presence and stage antics.

After his early success in the black church gospel circuit, Wilson became an amateur boxer and had limited success in the ring. He returned to music in 1953 and replaced Clyde McPhatter as the lead singer and frontman of the legendary R&B vocal group, the Dominoes.

Wilson made his breakthrough with the 1956 rendition of “St. Therese of the Roses” which became a major hit in the United States, reaching number 27 on the Billboard Hot 100. In 1957, he decide to leave the group to embark on a solo career. Wilson gained much critical acclaim and commercial success as a solo artist, scoring several hits such as “Lonely Teardrops” “Doggin Around”, and “Your Love Keeps Lifting Me Higher and Higher.”

In 1975, he suffered a massive heart attack while playing a concert. This unfortunate event left him in a coma for more than a week until his tragic death in 1984. Jackie Wilson achieved a remarkable 46 R&B hits in his iconic career.

Jackie Wilson received many awards and tributes in his career. Michael Jackson dedicated his Album of the Year Grammy for Thriller to Wilson at the 1984 Grammy Awards. A two-time Grammy Hall of Fame inductee, he was inducted into the Rock and Roll Hall of Fame in 1987. Wilson posthumously received the Rhythm and Blues Foundation Pioneer Award in 2003.

Jackie Wilson’s personal life was remarkably tragic. He was arrested for assaulting a police officer in 1960 who had shoved one of the fans during a performance. The next year, one of his girlfriends, Juanita Jones, shot Wilson in the stomach and wounded him badly. He had tax problems as well as drug issues throughout his life.

Wilson married twice. His first wife, Freda Hood, bore him four children. He had two children with his second wife, Harlean Harris. Two his children died under tragic circumstances. Two of his daughters died at a young age and his 16-year-old son was shot and killed on a neighbor’s porch.