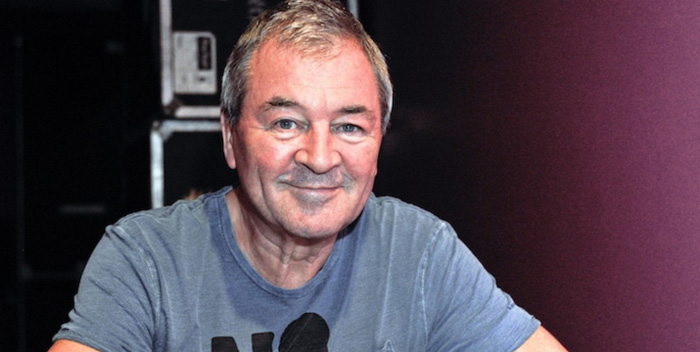 Ian Gillan is an English singer-songwriter and musician who rose to prominence as the lead vocalist and frontman of rock band Deep Purple, although he would later form bands named after himself. Perhaps one of the most underrated singers of rock era, he famously had in-fights with band-mate Ritchie Blackmore prompting him to join other bands, most particularly Black Sabbath. He also has had a brief solo stint.

Born in 1945 in Chiswick, London, his father was a storekeeper at a factory in London. Gillan’s maternal grandfather was an opera singer and amateur pianist. Inspired by Elvis Presley’s ‘Heartbreak Hotel”, he decided to form his own group, The Moonshiners, when he was 16. Gillan soon switched to another local band called the Javelins.

Ian Gillan got his first professional breakthrough when he was discovered by Mick Tucker of Wainwrights Gentlemen, a soul big-band which played cover versions of popular songs at prominent music venues. He joined his next major band Episode Six which, although critically acclaimed, never had any serious chart success in the UK.

Gillan’s band mate and drummer Mick Underwood recommended Gillan to his old mate Ritchie Blackmore, who was looking for a singer to front Deep Purple at the time. He decided to join the group in 1969, and the rest is history. Gillan’s vocals in “Child in Time” are cited by various rock historians to be one of the most powerful vocal performances in history. He played a major role in establishing Deep Purple as one of the most important and influential bands of the era.

Gillan left Deep Purple in 1973 and – in addition to other business ventures – formed his own band The Ian Gillan Band, in 1975. He joined Black Sabbath for a brief period, recording only one album with them. Gillan became a part of Deep Purple reunion in 1984 and after recording two studio albums with the band, left it again in 1989. He embarked on a solo career and toured extensively as a solo act until the second Deep Purple reunion happened in 1992.

Ian Gillan was awarded the Orders Of Honor by Prime Minister of Armenia in 2009 for his efforts in rebuilding the musical school in Armenia.

Ian Gillan married his long-time girlfriend Bron in 1984. They have two children and three grandchildren.