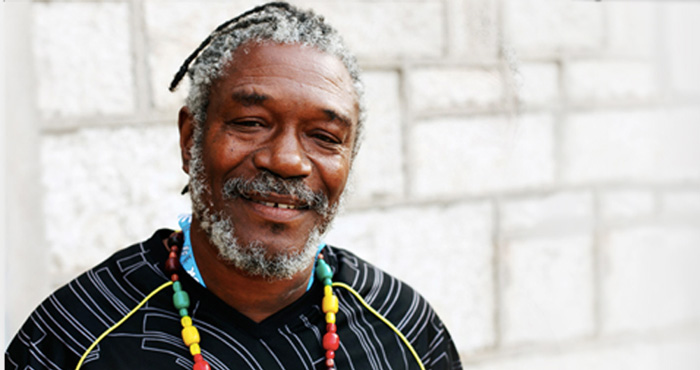 One of the most respected and adored singers in Jamaica, Horace Andy is a roots reggae and trip hop songwriter-singer and musician. His unique vocal style and emotive delivery established him as one of the leading recording artists in the ’70s. Critically acclaimed for his influential work with English trip hop trio Massive Attack, Andy was a central figure in the development and the international recognition of dancehall reggae. He has sold millions of records worldwide.

Born “Horace Hinds” in Kingston, Jamaica in 1951, he belongs to a musical family and his cousin, Justin Hinds, is also a popular ska vocalist.

The name “Horace Andy” was given to Hinds by producer Coxsone Dodd. He released his first single, “This is a Black Man’s Country”, in 1967 and spent most of the 1960s honing his energetic tenor voice and guitar skills. In 1972, he reappeared with a string of hits on the Studio One label that culminated in the commercially successful album Skylarking (1972). The album spawned hit singles such as “Just Say Who” and “See a Man’s Face”.

After that, Andy tried out several producers and released two more albums, namely You Are My Angel and Horace Andy Sings for You and I. In 1980, he scored his biggest success yet with the song “Natty Dread a Weh She Want”, which was produced by Tappa Zukie.

Andy continued to record throughout the 1990s and, in 1997, scored a major international hit “Roots and Branches” with producer Mad Professor. He was recruited by the UK-based group Massive Attack in 1999 and even collaborated with Joe Strummer on “Living in the Flood” in 1999. In 2003, Andy released the album Mek It Bun and continued to write and release new material progressively.

Horace Andy is a Rastafarian. He currently resides in Madison, Wisconsin with his wife, Caroline. They have two children – both skilled dancers.