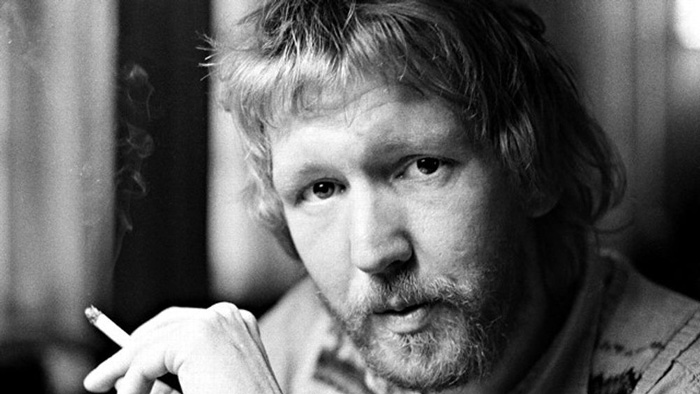 Harry Nilsson was an American singer-songwriter and musician who rose to fame in the early 1970s after releasing a series of hit singles such as “Everybody’s Talkin'” (1969), “Without You” (1971) and “Coconut” (1972). Known for his witty lyrics and three-and-a-half-octave vocal range, he never performed any major public concerts. Nilsson is credited with the invention of the remix album and the mash-up.

Born “Harry Edward Nilsson III” into a poor circus family in Brooklyn, New York in 1941, his father abandoned his mother and two half-siblings when he was only three years old. Nilsson was raised by his mother who worked very hard to run the household.

His early singing ambitions were encouraged by his uncle, a mechanic in San Bernardino, California. Due to the poor financial condition of the family, Nilsson would work in a bank at night, and in the daytime pursue his singing career.

Harry Nilsson started his musical career in 1962 as a demo singer for Canadian songwriter Scott Turner. Within a few years, he transformed himself into an in-demand songwriter, composing songs for prominent artists such as Glen Campbell, Fred Astaire, The Ronettes, The Yardbirds, and The Monkees. Nilsson rose to global prominence after his 1969 appearance on the German TV show Beat Club, where he performed his international chart-topper “Everybody’s Talkin”.

Nilsson was one of the most original rebels in rock ‘n’ roll history, who would often refuse to perform in concert and restrict himself to the occasional TV appearance. His vocal style reflected his tumultuous life and his addiction to cigarettes and alcohol. Nilsson began the transition to semi-retirement in 1980, after which his musical output rapidly diminished.

Nilsson died aged 52 of a massive heart attack in Agoura Hills, California in 1994. He is buried at the Valley Oaks Memorial Park in Westlake Village, California.

Harry Nilsson earned several awards and accolades in his career, including two Grammy Awards (1970 and 1973), and a Grammy Hall of Fame Award (1999).