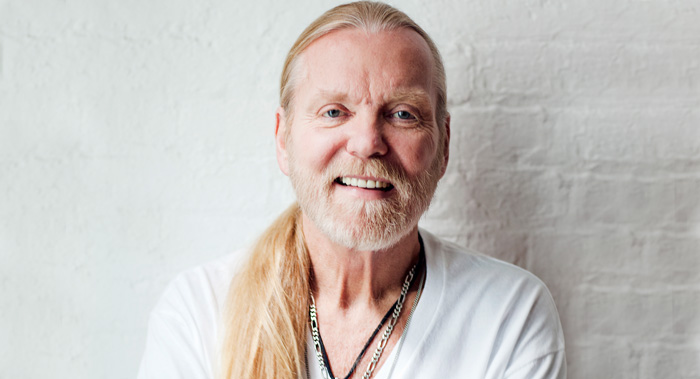 Gregg Allman was an American singer-songwriter and musician, best known as the founding member, lead singer and keyboardist of blues rock group The Allman Brothers Band. Gregg is credited with coining the term “southern rock” which he described as a blend of rock, blues and country. He also has had a moderately successful solo career.

Born “Gregory Lenoir Allman” in Nashville, Tennessee in 1947, his father used to work for the US Army. Gregg’s older brother, Duane, was born thirteen months before him. In 1949, their father was murdered by a hitchhiker named Buddy Green.

Gregg and Duane developed an early interest in music. Influenced very young by the work of soul and blues artists such as Jackie Wilson, Otis Redding, Patti Labelle and B.B. King, Duane started singing and playing guitar and keyboards while still in his teens.

Gregg Allman, along with his brother Duane, performed in a number of bands in the 1960s – the most prominent of which included The Escorts and The Allman Joys. The Allman Joys moved to Los Angeles, California in search of better opportunities and, by the end of the decade, they secured a recording contract from Liberty Records as “The Hour Glass”. The band released a number of psychedelic blues albums, but none of its members was really satisfied with the results.

The Hour Glass broke up in 1968 and when Duane called him from Alabama about put together a new band, Gregg readily showed interest in becoming its lead singer and keyboardist. Often described as one of the progenitors of southern rock, The Allman Brothers Band sold millions of records and were at the forefront of 1970s rock music.

When Duane Allman died in 1971, Gregg embarked on a solo career. His critically acclaimed debut solo album, Laid Back (1973), reached number 13 on the Billboard Pop Albums charts. Since then, he has released several successful albums and singles. Gregg has also collaborated with a number of notable artists such as Willie Nelson, Dave Matthews and Jackson Browne.

Gregg Allman won several awards and accolades as a member of The Allman Brothers Band. Some of them include a Grammy Award for Best Rock Instrumental Performance, the Grammy Lifetime Achievement Award, and a Billboard Touring Award. He was inducted into the Rock and Roll Hall of Fame in 1995, and into the Georgia Music Hall of Fame in 2006.