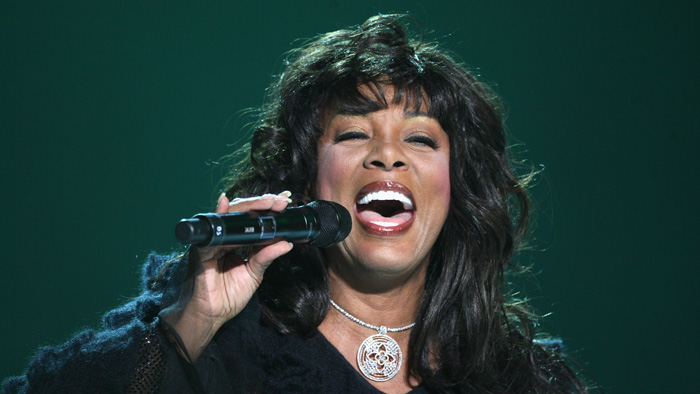 Donna Summer was an American singer-songwriter and painter. Often referred to as the “Queen of Disco”, she played a vital in establishing disco as a mainstream genre. With a massive global fan following, Donna was one of the few disco performers who also achieved success and popularity in rhythm and blues, dance music, and pop. She has sold more than 130 records worldwide.

Born “LaDonna Adrian Gaines” in Boston, Massachusetts in 1948, her father was a butcher and her mother a schoolteacher. Summer demonstrated musical talent early and joined the church choir at the age of eight. She attended Boston’s Jeremiah E. Burke High School where she actively participated in school musicals. Donna relocated to New York a few weeks before graduation to pursue a career in music.

Donna Summer started her musical career as the lead singer of a psychedelic rock band named Crow. While still in her teens, she decided to move to Europe and pursue a career in musical theater and light opera. While working as a model and backup vocalist, she met Giorgio Moroder. Donna would collaborate with Moroder on most of her major seventies hits. Summer’s first international hit single, “Love to Love You Baby”, came out in 1975. The song spent two weeks at number 2 on the Billboard Hot 100 chart and sold millions of copies worldwide.

Summer’s career began before the disco boom and she was at the peak of her success during the late seventies. Perhaps foreseeing the forthcoming decline of disco, she changed her musical direction in songs like “Bad Girls”. This came as a smart move, helping Summer maintain her popularity through the end of the seventies. She continued her road to success as her last three albums of the decade topped the charts and performed well commercially.

Summer died aged 63 at her home in Naples, Florida in 2012. Her funeral was a private ceremony, attended only by the family. She was buried at the Harpeth Hills Memory Gardens cemetery in Nashville, Tennessee.

Donna Summer won numerous awards and accolades in her lifetime, and has been posthumously awarded many more. A few of them include five Grammy Awards, six American Music Awards, and a NAACP Image Award. She has been inducted into the Rock and Roll Hall of Fame (2013), and the Dance Music Hall of Fame (2004).