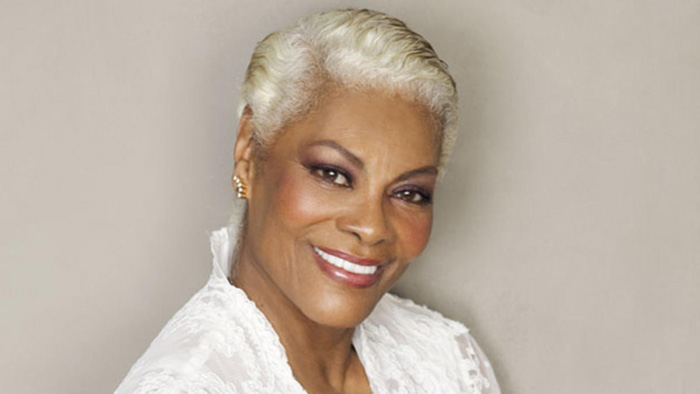 Dionne Warwick is an American singer, actress and humanitarian. Widely credited as the second most-charted female vocalist in history after Aretha Franklin, 69 of her singles reached the Billboard Hot 100 between 1962 and 1998. A unique figure in popular music for more than four decades, she was appointed a United States Ambassador of Health in 1987, and United Nations Global Ambassador for the Food and Agriculture Organization in 2002.

Dionne Warwick was born “Marie Dionne Warrick” on December 12, 1940 in East Orange, New Jersey in a musical family. She formed the Gospelaires with her sister Dee Dee, cousin Cissy Houston and Doris Troy. The trio worked as backing singers in New York.

Dionne Warwick was soon discovered by the iconic singer-songwriter and record producer Burt Bacharach on a Drifters session in 1961. She was subsequently signed by Scepter Records the next year, in 1962. Warwick released a string of huge international hits during the next six years and became one of the most successful female singers of her time.

A few of her most popular albums include Here Where There Is Love (1966), Dionne Warwick in Valley of the Dolls (1968), Dionne (1979), Heartbreaker (1982), and Friends (1985). Dionne also famously collaborated with Barry Gibb of the Bee Gees, Stevie Wonder, Michael Jackson, Diana Ross, and Ray Charles.

Warwick has sold more than 100 million records worldwide. Her stature as a musical icon and humanitarian is legendary and inspiring.

Dionne Warwick has won numerous awards and honors in her career, including five Grammy awards. She was honored with the Humanitarian of the Year Award by Starlight Foundation.

Dionne Warwick twice married actor and drummer William Elliott. The couple had two sons together, namely David Elliott and Damon Elliott. Warwick was granted a divorce in 1975 in a Los Angeles court. She was arrested at Miami International Airport for illegal possession of marijuana in 2002.