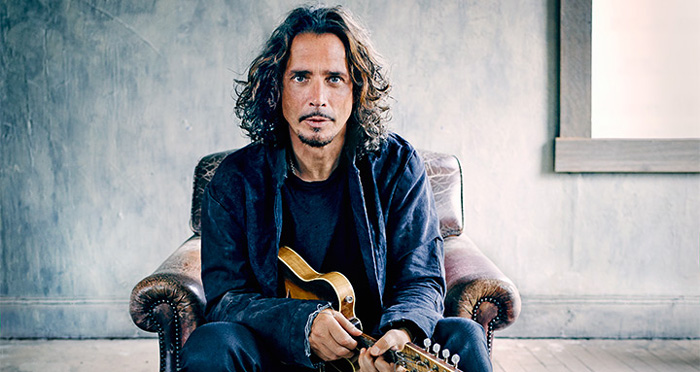 Chris Cornell is an American rock musician and singer-songwriter. Often considered as one of the most important singers in alternative rock, his four octave vocal range and trademark vocal belting technique was instrumental in the success of Soundgarden and Audioslave.

Born “Christopher John Boyle” in Seattle, Washington on July 20, 1964, he grew up with five siblings in a middle-class family. He dropped out of Shorewood High School to work as a seafood wholesaler and a sous-chef at Seattle’s famous Ray’s Boathouse restaurant.

Chris Cornell cites The Beatles as one of his major musical influences as he famously told an interviewer that he exclusively listened to the band’s records for about two years. He started his professional musical career in 1984 as a drummer for Soundgarden. The band, impressed with his extraordinary presence and the quality of his voice, soon hired Scott Sundquist as the drummer to make Cornell their lead vocalist.

After releasing a string of influential recordings with several independent labels, Soundgarden became one of the first Seattle bands to sign with a big record company, A&M, with whom they released Louder Than Love in 1989.

His impressive work with Soundgarden spawned such critically acclaimed albums as 1991’s Badmotorfinger, 1994’s Superunknown, and 1996’s Down on the Upside, and made the group one of the most successful rock acts of the time.

Cornell is also known for his solo endeavors and movie soundtracks since 1991.

Chris Cornell is rated among the greatest lead vocalists in the history of rock music. He frequently appears in the all-time lists and compilations by such publications as Rolling Stone, Hit Parader, MTV and Guitar World. He has won two Grammy Awards for the songs “Spoonman” and “Black Hole Sun”.

Chris Cornell has been married twice. He married Susan Silver, the one-time manager of Alice in Chains and Soundgarden, in 1990. They had a daughter, Lillian Jean, in 2000. The couple filed for divorce in 2004.

He is currently married to Vicky Karayiannis, a Paris-based publicist. Cornell has struggled with alcohol and drug abuse for years.