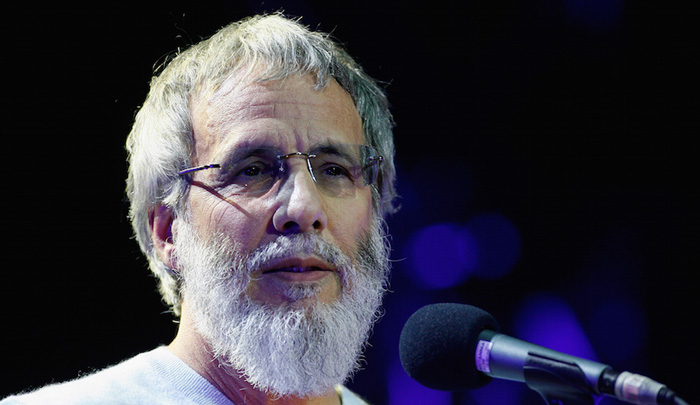 Cat Stevens was quite simply one of the most influential and talented British singer-songwriters of the rock era. During his early career, he was a major teen idol who recorded several hit songs under Decca Records. Stevens, however, is best remembered for his 1970s career reincarnation as a personal songwriter who wrote socially astute and introspective lyrics. Following his conversion to Islam, he adopted the name “Yusuf Islam” and renounced his music career. Stevens returned to pop music in 2006 and has since recorded three studio albums.

Born “Stephen Demetre Georgiou” in Marylebone, London in 1948, his family ran a restaurant in the Soho theatre district of London. Stevens attended St. Joseph Roman Catholic Primary School and developed an interest in piano at an early age. He bought his first guitar at age 15 and started writing songs. He cites the Beatles, the Kinks, Bob Dylan, Nina Simone, Muddy Waters and Paul Simon as his major musical influences.

Cat Stevens started performing his original songs in London pubs and coffee houses as a teenager. In 1966, he caught the attention of famed record producer Mike Hurst who helped Stevens acquire his first record deal. His debut single “I Love My Dog” was an instant success. Steven released his debut album, Matthew and Son, in 1967. The album reached number 7 on the UK Albums Chart. Stephen would continue enjoying chart success with masterpieces such as “Morning Has Broken”, “Here Comes My Baby”, “Father and Son”, and “The First Cut Is The Deepest”.

Stevens contracted tuberculosis at the young age of 19. He was hospitalized for several years and it is generally said that this state of sickness and desolation urged him to change his lifestyle. He converted to Islam and abandoned the entertainment industry. In the next few decades, Stevens gave lectures on cosmic and religious themes.

In 1995, Stevens released his comeback album after 18 years, titled The Life of the Last Prophet. His fourteenth studio album, Tell ‘Em I’m Gone (2014), reached number 2 on US Folk Albums and number 6 on US Top Rock Albums chart.

Cat Stevens has earned several awards and accolades in his career. A few of them include two ASCAP songwriting awards, the Ivor Novello Award, and ECHO Lifetime Achievement award. He was inducted into the Rock and Roll Hall of Fame in 2014.

Cat Stevens’s conversion to Islam attracted widespread media attention. He married Fauzia Mubarak Ali in London in 1979. They have five children and seven grandchildren. Stevens is a prominent humanitarian and education philanthropist who won the 2003 World Social Award for his humanitarian relief work and the 2004 Man of Peace Award for his dedication to promote peace.