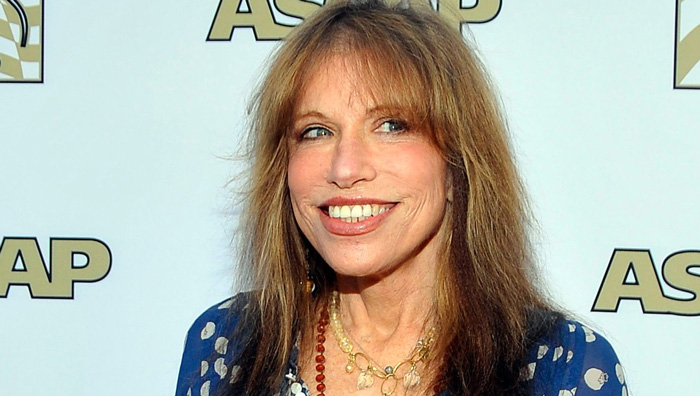 Carly Simon is an American singer-songwriter and musician. After finding limited success with her sister as one half of the pop duo “the Simon Sisters”; she achieved greater fame as a solo artist, garnering 24 Billboard Hot 100 and 28 Billboard Adult Contemporary charting singles. Known for her soaring contralto voice, Simon is often described as one of the most important confessional songwriters of the ’70s.

Born “Carly Elisabeth Simon” into a musical family in The Bronx, New York City in 1945, his father was a publisher and a classical pianist while her mother was a civil rights activist and singer. Although a stutterer from an early age, Simon showed singing talent early and without stammering. She attended Riverdale Country School and later went on to Alpha Gamma Delta, but dropped out soon to pursue a career in music.

After briefly performing with her sister Lucy Simon as duo group the Simon Sisters, Carly Simon rose to national prominence as a solo artist with her 1971 Grammy-winning eponymous debut album. She achieved international recognition with her 1972 album No Secrets, which spent five weeks at number one on the Billboard Pop albums chart. The album spawned the worldwide hit “You’re So Vain”, with featured backing vocals by Mick Jagger of the Rolling Stones.

Simon’s other top 20 hits included “Anticipation” , “You Belong To Me”, “Coming Around Again”, “Jesse”, “Mockingbird”, “You’re So Vain”, and “Nobody Does It Better”.

She also became one of the earliest pop stars to venture into children’s book publishing. In 1989, Simon published Amy the Dancing Bear, the first of five books she wrote for children. Her other books include The Boy of the Bells (1990), The Fisherman’s Song (1991), The Nighttime Chauffeur (1993), and Midnight Farm (1997).

Carly Simon has won numerous awards and accolades in her career, including three Grammys, an Academy Award, a Golden Globe Award, and a Boston Music Award. She was inducted into the Songwriters Hall of Fame in 1994.