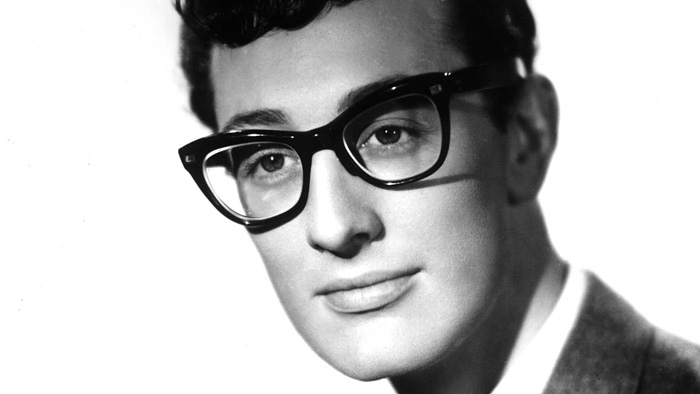 Without question, American singer-songwriter and musician Buddy Holly was one of the most important pioneers of rock ‘n’ roll. In his brief but brilliant career, he wrote some of the most definitive and influential work of the genre that inspired countless artists over the years. A guitar virtuoso and perhaps the most innovative mind in rock ‘n’ roll’s second generation, Buddy’s life was cut short by a tragic plane crash in 1959.

Born “Charles Hardin Holley” in Lubbock, Texas in 1936, he belonged to a religious, music-loving family. Buddy demonstrated musical talents early and started performing in local talent shows with his older siblings. He learned to play musical instruments such as piano and guitar and started playing with his friend, Bob Montgomery. Buddy cited Hank Williams, Jimmie Rodgers, Hank Snow and Bob Wills as some of his primary musical influences.

Buddy Holly decided to pursue a musical career after his high school graduation in 1955. He was introduced to Decca Records executives by Nashville talent scout Eddie Crandall. With Crandall’s efforts, Holly signed a recording contract with Decca in 1956 and recorded “Blue Days, Black Nights” with country and western producer Owen Bradley to lukewarm response.

Holly had his first major breakthrough in 1957 after recording “That’ll Be the Day” with New Mexico-based record producer and recording engineer Norman Petty. His first hit record, the song reached number one on the American charts and also topped the British charts. Holly followed this success with several other top 10 singles, released on another subsidiary label Coral Records, such as “Oh Boy!” and “Peggy Sue”. His chart success led to additional recording sessions, worldwide concert tours and major television appearances.

In 1958, he moved to Greenwich Village, New York City after the termination of the managerial arrangement of Holly and the Crickets with Petty. Buddy resumed writing new material and solidified his reputation as a soloist. Holly died tragically in a 1959 plane crash in Iowa that also took the lives of fellow rock icons Ritchie Valens and the Big Bopper.

His funeral service funeral in Lubbock was attended by various prominent celebrities such as Bob Montgomery and Phil Everly and thousand of his fans. Holly’s posthumously released pop ballad “It Doesn’t Matter Anymore” (1959) climbed to number one in the United Kingdom. His massive popularity and enduring influence on popular culture still grow more than five decades after his untimely death.

Buddy Holly married Maria Elena Santiago, a receptionist for music publisher Peermusic, in his hometown of Lubbock, Texas in 1958.