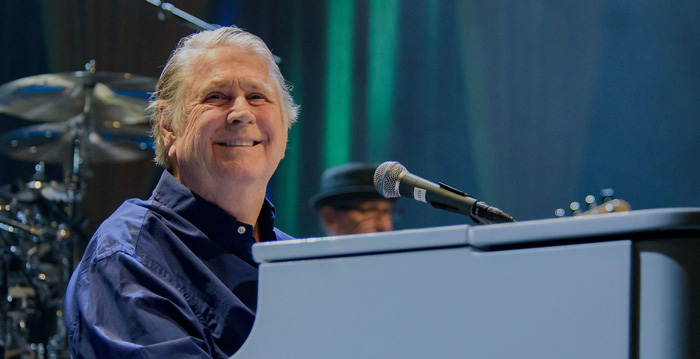 Brian Wilson is an American singer-songwriter who co-founded The Beach Boys along with Alan Jardine, Mike Love, Dennis Wilson, and Carl Wilson. As the leader and one of the major songwriters of the group, he is widely regarded as one of the progenitors of the ’60s surf music craze. Wilson is noted for his unmatched musicianship, unique arrangement skills and mastery of recording techniques.

Born on June 20, 1942 in Inglewood, California, he showed an early interest in music. Wilson studied psychology at El Camino College in Los Angeles.

The Beach Boys started as a local rock band in 1961. The group attracted worldwide recognition two years later in 1963, with their debut album Surfin’ U.S.A. Often considered as one of the most important creative forces in the history of popular music, Wilson wrote a huge chunk of the group’s music catalog, including “Good Vibrations”, “Surfin’ U.S.A.”, “California Girls”, “Barbara Ann” and “I Get Around”.

After a few years, Wilson embarked on a solo career and released his eponymous debut solo album, Brian Wilson, in July 1988.

Brian Wilson has been married twice. He was married to the Honeys singer Marilyn Rovell from late 1964 to 1979. He married former model Melinda Ledbetter in 1995.