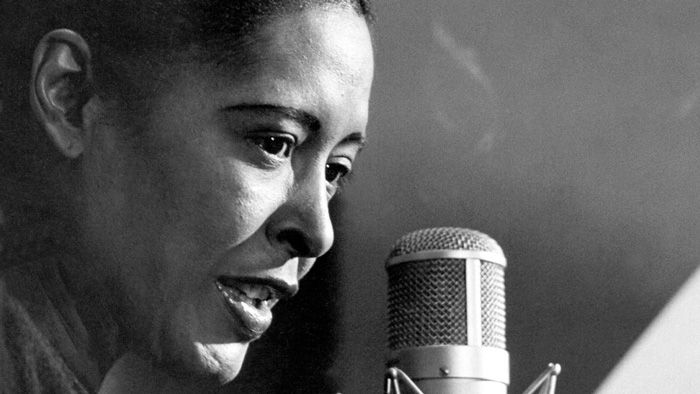 Often considered one of the greatest and most important jazz singers in history, Billie Holiday has influenced generations of singers and musicians from Janis Joplin and Nina Simone to Diana Ross. Her brave efforts in fighting against racial discrimination and violence have been widely appreciated by historians.

Born Eleanora Fagan on April 7, 1915, in Baltimore, Maryland, her father, Clarence Holiday, was a noted jazz guitarist. Her mother, Sadie Fagan, was only thirteen when she gave birth to Holiday. Her father abandoned the family and she had a difficult childhood. Raised by a host of relatives, the young Holiday developed an early interest in music and started listening to the music of Louis Armstrong and Bessie Smith, which inspired her dreams of becoming a singer.

Billie Holiday, who started performing in Harlem night clubs, was discovered by jazz producer John Hammond in 1933. she adapted her stage name by combining the first name of her favorite movie star, Billie Dove, with her father’s last name. She released her first two songs “Your Mother’s Son-In-Law” and “Riffin’ the Scotch” in November 1933. Holiday first performed “Strange Fruit” at the club Café Society in Harlem in 1939 to a thunderous applause. The song was so powerful that it gained a massive popularity and the club owner suggested that Holiday close all her shows with it.

She embarked on a highly successful European tour in 1954 and even appeared on British television in 1959. The story of Holiday’s life was recounted in Sidney J. Furie’s 1972 hit film starring Diana Ross, Lady Sings the Blues.

Her struggle with alcohol and drugs in later years led her to eight months in prison and badly affected the range of her voice. Billie Holiday died from pulmonary edema and heart failure on July 17, 1959 in New York City. She was 44 years old.

Billie Holiday married trombonist Jimmy Monroe in 1941. The couple filed for divorce in 1947.