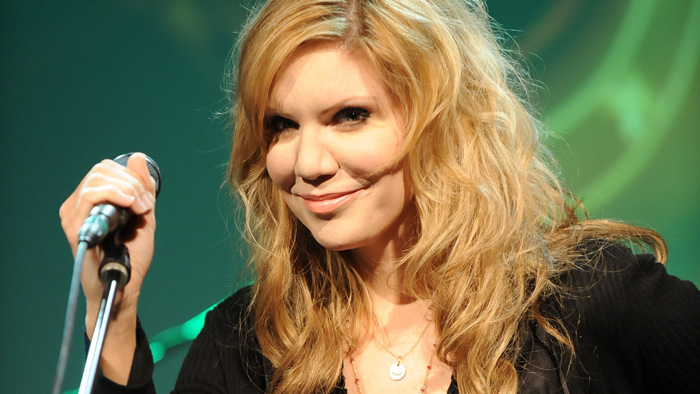 Alison Krauss is a world-renowned bluegrass artist who is widely regarded as one of the most talented and respected singer-songwriters in the genre. Her angelic soprano voice and mesmerizing fiddle-playing style is credited with creating a renewed interest in bluegrass music. A winner of 27 Grammy Awards, Krauss has released fifteen albums.

Born in Decatur, Illinois on July 23, 1971, Krauss began studying classical violin when she was only five years old. After participating in several talent hunt contests, she won the Walnut Valley Festival Fiddle Championship at age thirteen. She was named the “Most Promising Fiddler in the Midwest” by the Society for the Preservation of Bluegrass in America.

Alison Krauss met bluegrass composer and instrumentalist Dan Tyminski in 1984 at a festival held by the Society. She released her debut album, Too Late to Cry (1987), when she was only 16. Her first group album with Union Station, Two Highways (1989), came out two years later. The band delivered a remarkable performance at the Newport Folk Festival to support the album.

Their 1990 album I’ve Got That Old Feeling charted at the Billboard top 100, reaching number 75 in the country music charts. Krauss earned her first Grammy with the album and went on to produce her first music video with its titular track. She performed at the Grand Ole Opry in 1993, and won her second Grammy for the 1992 Union Station album Every Time You Say Goodbye.

Krauss has also composed for soundtrack of various movies, including Twister (1989), The Prince of Egypt (1998), Oh Brother, Where Art Thou? (2000), Divine Secrets of the Ya-Ya Sisterhood (2002), and Cold Mountain (2003). She is known for her critically and commercially successful musical collaborations with James Taylor, Brad Paisley, Elvis Costello and Robert Plant. Her work with Plant culminated in Raising Sand (2007), a Grammy-winning album which was certified platinum by the Recording Industry Association of America (RIAA)

Alison Krauss is the most awarded female artist in Grammy history. A winner of 27 Grammy Awards and 4 Country Music Association Awards, she is listed among the “40 Greatest Women of Country Music” by Country Music Television.

Alison Krauss married American guitarist Pat Bergeson in 1997. Their son, Sam Bergeson, was born in 1999. The couple filed for divorce in 2001.