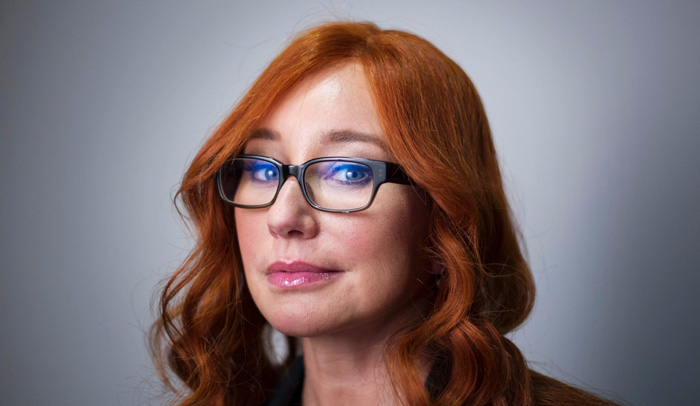 Tori Amos is an American singer-songwriter and musician. Having sold over 12 million albums worldwide, she has been hailed for having a powerful, enticing mezzo-soprano voice. Rolling Stone magazine has described her as one of the best live performers ever.

Born in Newton, North Carolina on August 22, 1963 to a Methodist minister and a Cherokee mother, Laura started composing instrumental pieces on piano when she was only five years old. She received a full scholarship to the Preparatory Division of the Peabody Conservatory of Music, which was later withdrawn due to her interest in popular music. Amos started performing as a lounge pianist in bars and clubs at age thirteen. She also played at her father’s church.

Tori Amos relocated to Los Angeles when she was twenty-two. She started her musical career performing as a singer and pianist on the bar circuit of the D.C. area. Between 1992 and 2011, Amos recorded seventeen studio albums. Her concept album Night of Hunters (2011) has been called a 21st-century song cycle.

Amos is known for incorporating themes and musical elements inspired by classical composers such as Chopin, Granados, and Salle in her modern compositions. She merged the raw, lyrical energy of alternative rock with a typical ’70s musical style that helped the revival of piano as a rock & roll instrument.

Tori Amos was named the Best New Act at the Q Awards in 1992. In 2012, she won the Echo Klassik Award for Night of Hunters. Amos was inducted into the North Carolina Music Hall of Fame in 2012.