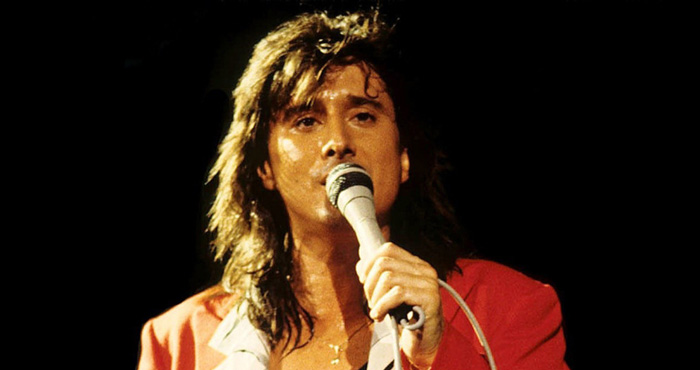 Steve Perry is an American singer-songwriter and musician who gained prominence from the mid 70s to late 80s as the lead vocalist of rock band Journey. He also has had a successful solo career. Known for having a wide vocal range, Perry is often considered as one of the biggest icons of arena rock.

Born “Stephen Ray Perry” on January 22, 1949 in Hanford, California, his father was a singer who also co-owned radio station KNGS. Perry naturally developed an early interest in music and started singing and participating in musical activities while studying at College of the Sequoias, in Visalia, California. He cites Sam Cooke’s song “Cupid” as the biggest inspiration in his life.

Steve Perry’s family relocated to Sacramento, California after his graduation. He started his first band in his early 20s, Ice, with his friend, the then 16 year-old Scott Mathews. Ice soon broke up as the band had no management. Perry then formed his next band, Alien Project, which also disbanded after his bass guitarist Richard Michaels died after suffering a serious car accident.

Perry was devastated and vowed never to sing again, but on his mother’s insistence, he joined the then-struggling San Francisco-based band Journey. He enjoyed widespread critical and commercial success throughout the world over the next decade. Some of their best-known work included Infinity (1978), Evolution (1979), Departure (1980), Escape (1981), Frontiers (1983) and Raised on Radio (1986).

Perry started his solo career with the release of a multi-Platinum album, Street Talk, in 1984. After releasing a series of successful solo albums, Steve Perry parted ways with Journey in 1998. Perry also collaborated with and produced music for other artists.

Steve Perry was ranked at number 76 on Rolling Stone’s 2010 list of “The 100 Greatest Singers of All Time”.