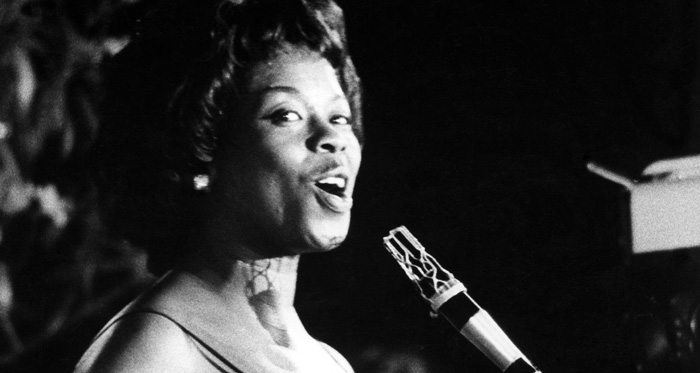 Unarguably one of the greatest and most important jazz singers of the 20th century, Sarah Vaughan was known for her wide vocal range, masterful use of vibrato, and an extraordinary expressive quality. She had a seminal influence on jazz and pop music worldwide.

Born in 1924, Newark, New Jersey, her father was a carpenter while her mother was a laundress. Both her parents had musical inclinations. Vaughan’s father played guitar and piano and her mother sang in the local church choir. Naturally, she fell in love with music at a very young age.

Sarah Vaughan started taking piano lessons at the age of seven. She also joined her mother in the church choir. When Vaughan discovered jazz, she decided to devote her life to it. She ended up spending most of her time outside the house, visiting local jazz clubs and soaking up the scene. When she came home, she imitated the voice and mannerisms of performers.

Vaughan began performing at Newark night clubs by her mid-teens. She won a talent content at Harlem’s renowned Apollo Theater when she was only 18 years old. It was her sheer talent that made her “the Divine Sarah” and one of the most respected singers in jazz history.

Singing scat or bebop, Vaughan’s voice demonstrated the exceptional versatility and tonal quality that she was famous for, and even came close to the range of a brass instrument. From the 1940s through the 1980s, she was idolized and loved by her contemporaries as well as millions of music fans, among whom were heads of state from Lyndon B. Johnson through George W. Bush.

Sarah Vaughan has won several awards and accolades in her career. A few of them include Grammy Award, Emmy Award, NEA Jazz Masters Award, George and Ira Gershwin Award, The National Endowment for the Arts, and a star on the Hollywood Walk of Fame. She has been inducted into the the Grammy Hall of Fame and the American Jazz Hall of Fame.

Sarah Vaughan was married three times. She has had a difficult personal life and none of her marriages were successful. She battled carcinoma of the joints and lung cancer for much of her later life.