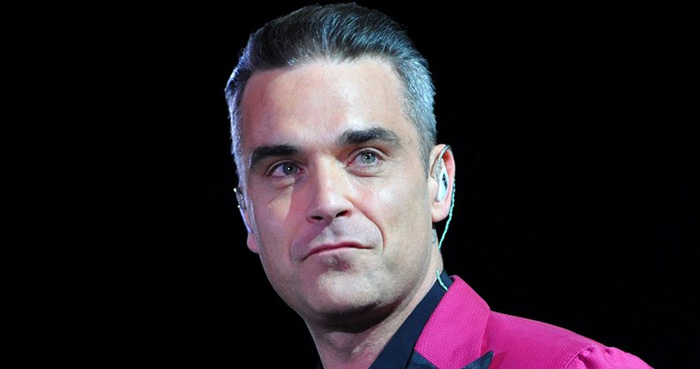 Robbie Williams is an English singer-songwriter, musician and actor. After gaining prominence as a member of the pop group Take That, he launched a highly successful solo career that produced numerous hit singles and albums. The best-selling British solo artist in the United Kingdom, Williams has sold more than 75 million records across the world.

Born “Robert Peter Williams” in Staffordshire, England in 1974, he belonged to an affluent family and his parents owned a pub in the town of Burslem in his birth city of Stoke-on-Trent. Williams attended Mill Hill Primary School and later switched to St. Margaret Ward Roman Catholic School. A creative individual with a keen arts interest, he actively participated in several school plays and dance classes.

Robbie Williams rose to prominence in 1990 as the youngest member (at the age of 16) of the all-male pop group, Take That. Unfortunately within a few years, his creative differences with the band and drug abuse became so severe that he decided to quit the group in 1995 and embarked on a highly successful solo career. Williams signed a contract with Chrysalis Records in 1996. His debut album, Life Thru a Lens (1997), debuted at #11 on the U.K. Album chart and spawned the smashing hit single, “Angels”. The album eventually sold more than 2.4 million in sales.

His next release, I’ve Been Expecting You (1998), debuted at #1 on the U.K. Albums chart and sold more than five million copies worldwide. Williams signed with Capitol Records in 1999 and hit the road for a well-received tour of the United States. His next album, Sing When You’re Winning (2000), spawned three #1 hit singles in the U.K. Williams continued to release album after album, collaborating with various renowned artists.

In 2009, Williams announced that he had rejoined Take That. The group’s Progress Live tour and their performance at the closing ceremony of the 2012 Summer Olympics earned much critical acclaim and broke attendance records.

Robbie Williams has won several awards and accolades in his career. A few of them include 17 BRIT Awards, 8 Echo Awards, and 2 European Music Awards. He was inducted into the U.K. Music Hall of Fame in 2005.

Robbie Williams had a difficult personal life and saw many ups and downs in her career. He struggled with substance abuse, alcoholism, mental illness, and obesity. Williams has been in a relationship with the Turkish American actress Ayda Field since 2006. The couple got married in Los Angeles in 2010. They have two children together.

Williams is also an active philanthropist and social activist. His net worth is estimated at £90 million.