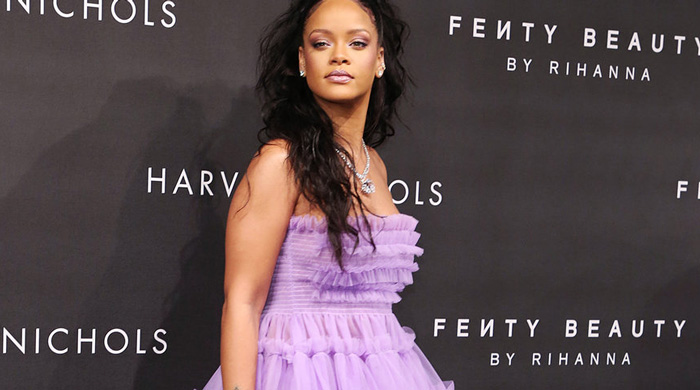 Rihanna is a famous international pop singer. Her real name is “Robyn Rihanna Fenty”. Born in Saint Michael, Barbados on February 20, 1988, the artist was discovered by record producer and video director Evan E. Rogers in 2003. Jay-Z became the mentor of the young singer and she signed a contract with his record label Def Jam Recordings.

In 2005, Rihanna released her first studio album Music of the Sun which reached the top ten of the U.S. Billboard 200. She had her first hit in her debut single “Pon de Replay”. Within less than a year, Rihanna came up with her second album, A Girl Like Me. “SOS” from this album became quite a rage and it was her first number one on the Billboard Hot 100.

In 2007, she recorded her third album, Good Girl Gone Bad. Three singles from the album reached the top spot on the Billboard Hot 100, namely Umbrella, Take a Bow and Disturbia. The album allowed her to get nine nominations at the Grammy Awards. Rihanna won in the category of “Best Collaboration” for Umbrella – a rap duet with Jay-Z.

After drawing much controversy over a violent domestic dispute with then-boyfriend Chris Brown, she released her fourth studio album, Rated R, in November 2009. According to her recording house Def Jam Recordings, Rihanna has sold over 12 million records alone from January 2005 to May 2009.

In 2010, she released a new album Loud, which featured “Only Girl (In the World)”, “What’s My Name?”, “Fading” and “S & M”. Talk That Talk, Rihanna’s sixth album, was released on November 21, 2011. The album was noted to be a summary of her last two albums, Rated R (2009) and Loud (2010), showing off her versatility between multiple genres such as electro, pop and R&B. She was widely appreciated for her collaboration with Calvin Harris “We Found Love”, and with Jay-Z on the title track “Talk That Talk”. Rihanna’s first Billboard 200 number one album, Unapologetic, was released in November 2012 with hit songs such as “Diamonds”, “Stay” and “Pour It Up”.

Rihanna is known for her financial problems, even though her total net-worth is an estimated $90 million. Her relationship with singer Chris Brown has received wide coverage in the press. In June 2009, Brown pled guilty to felony assault, for which he received five years probation. She has also dated Canadian rapper Drake and Los Angeles Dodgers outfielder Matt Kemp.