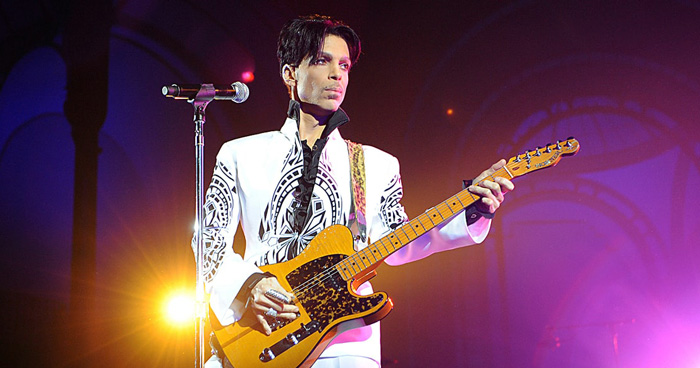 Prince is an American singer-songwriter, musician, record producer, dancer and actor who has produced ten platinum albums and thirty Top 40 singles in a career spanning almost four decades. His flamboyant stage presence and powerful vocal range made him one the most famous talents of the Rock and Roll era. A pioneer of the “Minneapolis sound”, Prince has sold more than 100 million records across the world.

Born “Prince Roger Nelson” in Minneapolis, Minnesota, his name was inspired by Prince Rogers Trio – his father’s jazz group. His father, John Lewis Nelson, was a pianist and songwriter while his mother, Mattie Della, was a jazz singer. Prince learned to play various musical instruments as a kid and became a child prodigy who began recording demo tapes in which he sang and also performed all the parts.

Prince 1980 album Dirty Mind created much controversy over its sexually explicit lyrics and various radio stations refused to broadcast it. Some of his most successful singles were “I Wanna Be Your Lover”, “Little Red Corvette” and “Kiss”. The soundtrack album Purple Rain spent more than 24 weeks at pop album charts, selling over 11 million copies.

Prince continued to be one of the world’s most prominent musicians through the early 90s, but his career significantly declined after long legal battles with his record label, Warner Bros. He eventually left the label in 1995. Prince then adapted a cryptic symbol and founded his own NPG label in 1996 but his subsequent releases, distributed by EMI, failed to attract mainstream attention.

Prince has won numerous awards and accolades, including seven Grammys and four MTV Video Music Awards. In 1984, he won the Academy Award for Original Song Score for “Purple Rain”. Prince was inducted into the Rock and Roll Hall of Fame in 2004.

Prince has been romantically involved with various high-profile celebrities, including Madonna, Carmen Electra, and Vanity. He married his backup singer and dancer, Mayte Garcia, in 1996. The couple filed for divorce in 1999. Prince married Manuela Testolini in 2001. Testolini and Prince divorced five years later in 2006.

Prince is a vegan and a member of Jehovah’s Witnesses church.