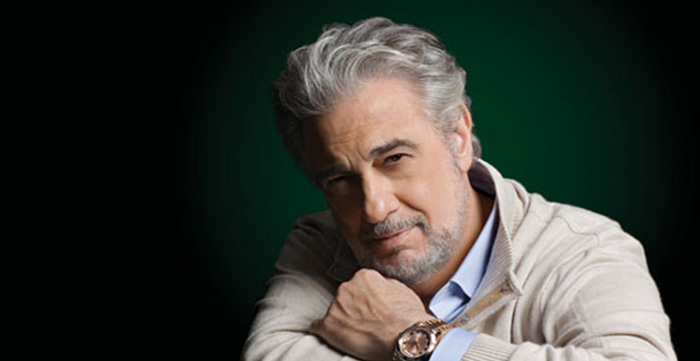 Plácido Domingo is a Spanish tenor and conductor. One the most successful and admired opera singers from Spain, his powerful voice was noted for its exciting, ringing and dramatic tone. One of the three tenors alongside José Carreras and Luciano Pavarotti, Domingo has sung 144 different roles.

Born in Madrid, Spain in January 1941 into a musical family, he learned playing piano at an early age. Domingo took conducting lessons from the Russian instructor Igor Markevich in the late 1950s. He started singing as a baritone in 1957. After joining Mexico’s National Opera in 1960, Domingo performed his first tenor role in Verdi’s La Traviata.

During the first few years years of Plácido Domingo’s professional career, he performed everything from zarzuelas to rock songs. Domingo got his first major breakthrough in 1961 when he made his American debut at the Dallas Civic Opera and played Aturo in Donizetti’s Lucia di Lammermoor. Within a few years, he established his own opera company with his wife, soprano Marta Ornelas. Together, they started playing at the Hebrew National Opera at Tel Aviv, Israel.

The couple relocated to America in 1965 and Domingo’s engagement with New York City Opera made him an international star. As a result, he started touring worldwide and his vocal abilities and physical stamina earned him a global reputation. He went to play several memorable roles and record as many as hundred albums.

Domingo also has had a successful career as a conductor, and earned widespread critical acclaim for his performances in film versions of Tosca and Carmen.

In a career spanning almost six decades, Plácido Domingo won numerous awards and accolades. A few of them include nine Grammy and four Latin Grammy’s, two Emmy and two Brit Awards. He was made an honorary Knight Commander of the Order of the British Empire (KBE) in 2002. Domingo was honored at the Kennedy Center Honors in 2000 and received The Presidential Medal of Freedom in 2002.

Plácido Domingo married a fellow piano student, Ana María Guerra Cué, in 1957 when he 16 years old. Although the marriage did not last long, the couple had their first son, José Plácido Domingo Guerra, the following year. Domingo married Marta Ornelas in 1962. They have two sons together, namely Plácido Francisco and Alvaro Maurizio.