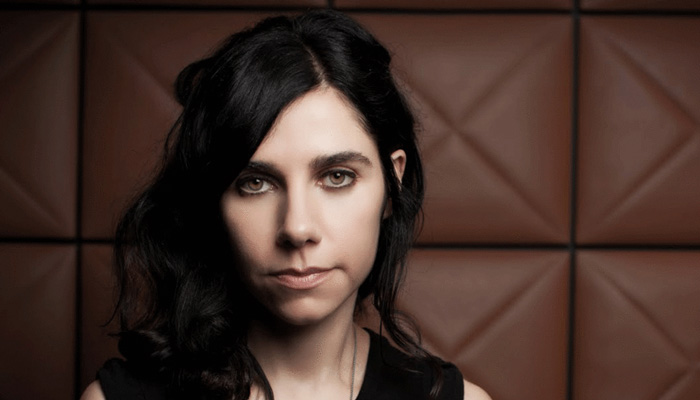 PJ Harvey is an American singer-songwriter, multi-instrumentalist, composer, writer and poet. One of the most admired and influential singers in alternative rock with an avant-garde approach to music, her starkly powerful songs explored themes of sex, love and religion.

Born “Polly Jean Harvey” in Yeovil, England in 1969, she was raised in a small, isolated village. This loneliness prompted her to develop a strong interest in music as a young child. Her parents, also avid fans of blues and jazz music, encouraged her ambitions.

PJ Harvey learnt to play several instruments – including guitar, violin, cello and drums – by the age of 11. Her musical mentor, John Parish, honed her confidence and musical skills. Parish recruited Harvey in his band, Automatic Dlamini, when she was only 17 years old.

Her stint with Parish’s band, however, didn’t last long and Harvey went on to play in a number of other groups. Harvey’s career took a dramatic change in 1991 when she met bassist Steve Vaughn and drummer Robert Ellis while studying at Yeovil Art College, where she was an arts student. They formed the trio, PJ Harvey, in April 1991.

The band relocated to London in June 1991 and gained nationwide prominence for their two hit singles, “Dress” and “Sheela-Na-Gig.” They released their debut album, Dry, in March 1992, to widespread critical acclaim, with many publication praising Harvey’s songwriting abilities and musical innovation. PJ Harvey Trio, however, broke up due to undisclosed issues in 1999.

Harvey embarked on a successful solo career in 1995, reuniting with her former mentor, John Parish. She also went on to work with many other artists such as Tricky and Nick Cave.

PJ Harvey is the only artist in history to have been awarded the Mercury Prize twice; in 2001 and 2011. She received the Outstanding Contribution to Music at the NME Awards in 2011. In 2012, she won the Ivor Novello Award for Let England Shake.

Although PJ Harvey has been in a few long-term relationships with men, she has never married. She is also an occasional artist and actress, having appeared in Hal Hartley’s film The Book of Life and Sarah Miles’ short movie A Bunny Girl’s Tale.