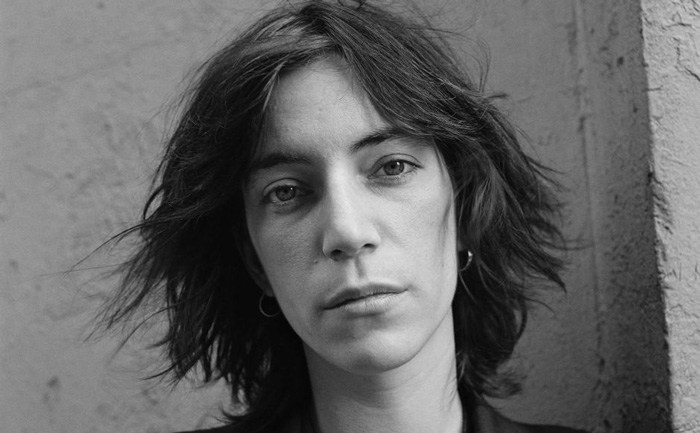 Patti Smith is quite simply the most influential female artist in the history of punk rock. Although the Chicago-born singer-songwriter and musician could not enjoy significant chart success, she was perhaps the most important component of the New York City punk rock movement. Often referred to as the “punk poet laureate”, Smith’s poetic lyrics were highly valued and established a hybrid genre which later became known as “rock poetry”. She was also known for her rich, intense voice and a socially deviant lifestyle and popular image.

Born “Patricia Lee Smith” into a poor religious family in Chicago, Illinois in 1946, her father was a factory worked and her mother was a waitress. She rebelled against organized religion as a teenager. Smith graduated from Deptford Township High School in 1964 and started working at a bookstore with her friend, poet Janet Hamill.

Patti Smith relocated to New York City and became an integral part of the downtown Manhattan arts scene in 1967. She lived with ace photographer Robert Mapplethorpe and wrote brilliant performance-driven poetry. She started collaborating with guitarist Lenny Kaye in 1971. With a few years, they had formed a band and performed gigs in the downtown nightclubs and bars.

Smith secured a contract with Arista Records in 1975. Her debut solo album, Horses, produced by John Cale, garnered highly positive press reviews and was a tremendous influence on the New York punk rock scene. Her later work would, however, take a more commercial approach. Smith’s most commercially successful album, Easter (1978), spawned a hit single, “Because the Night”, which, co-written with Bruce Springsteen, reached number 13 on the Billboard Hot 100 chart.

She raised a family and recorded an album, Dream of Life, with her husband in 1988. After Fred’s sudden death from a heart attack in 1994, Smith released her comeback solo album Gone Again (1996), which also features the last studio performance of Jeff Buckley. She published the memoir Just Kids in 2010, which chronicles her relationship with Mapplethorpe.

Widely credited as a pioneer in the fusion of the bohemian sensibilities with rock ethos, Smith successfully translated the magical quality of Beat writers such as Allen Ginsberg and William S. Boroughs into the rock mainstream. Her charismatic personality and visionary work brought her a massive cult following.

Patti Smith has won numerous awards and accolades in her career, including the Polar Music Prize in 2011 for her services in music, and the National Book Award in 2010 for her memoir Just Kids. Smith was inducted into the Rock and Roll Hall of Fame in 2007. In 2005, she was made a Commander of the Ordre des Arts et des Lettres by the French Ministry of Culture.