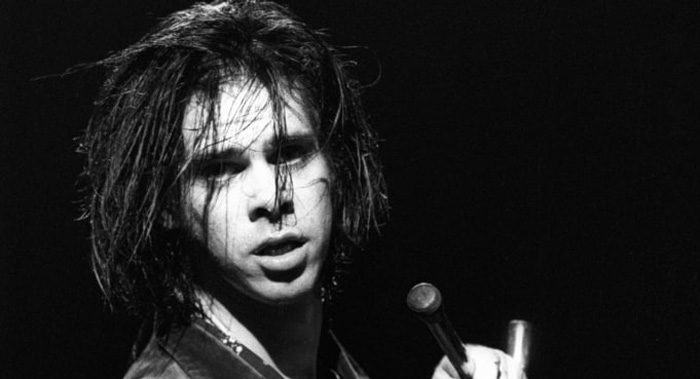 Nick Cave is an Australian singer-songwriter, musician and author who rose to prominence in the early 1980s as the frontman and leader singer of the post-punk group, The Birthday Party. He formed the eponymous alternative rock band, Nick Cave and the Bad Seeds, when the group parted ways in 1983. One of the originators of gothic rock, Cave experimented with a diverse range of influences and lyrical themes. Possessing a deep baritone voice, he is often ranked among the most influential frontmen in rock history.

Born “Nicholas Edward Cave” in Warracknabeal, Victoria, Australia in 1957, his father was a school teacher while his mother was a librarian. He joined the Cathedral choir of Wangaratta’s Holy Trinity Cathedral when he was only 9. Cave was 19 when his father died in a car crash. He dropped out of the Caulfield Institute of Technology in 1977 to pursue a career in music.

Nick Cave’s reputation as frontman for post-punk pioneers The Birthday Party was that of an angry young man preoccupied with sex, violence and self-destruction. He, however, shed the self-destruction element so he could go on to establish Nick Cave and the Bad Seeds and release more than a dozen albums comprising of murder ballads, dark romance, and reflections on religion.

A maverick author, his 1989 novel And the Ass Saw the Angel is regarded as a highly influential work of Southern Gothic. His next publication, The Death of Bunny Munro (2009), was equally exciting, perverse and humorous.

Cave also wrote music for the apocalyptic masterpiece The Road (2009) and the screenplay for Australian Outback Western The Proposition (2005). His latest band Grinderman released their critically acclaimed eponymous debut studio album in 2009, and the follow-up album, Grinderman 2, in 2010. The band broke up the same year after extensive touring to concentrate on The Bad Seeds upcoming material.

Nick Cave has been married twice and is father to four sons. His 1990 marriage to British journalist Viviane Carneiro ended in a divorce in 1999. Cave married British model Susie Bick in 1999. The couple has twin sons, Arthur and Earl, who were born in 2000.