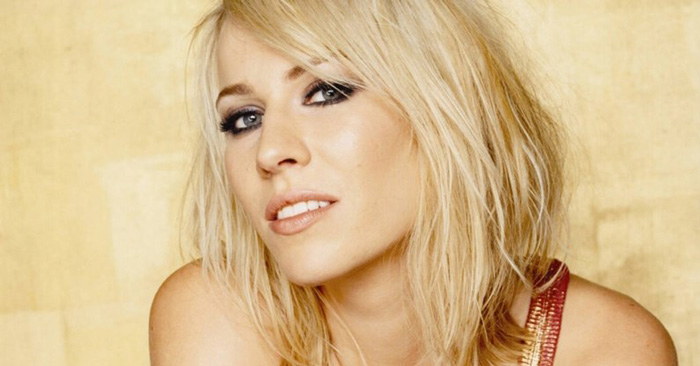 Natasha Bedingfield is an American singer-songwriter and record producer. A prominent pop star of her generation, her R&B-infused up-tempo pop songs sold millions of copies worldwide. Bedingfield has an estimated record sales of almost 10 million units across the globe. She is also known for her charity work and is an ambassador for Global Angels charity.

Born and raised in West Sussex, England in 1981, Bedingfield’s parents worked in the charity sector and she has three siblings. She developed an early interest in music. Encouraged by her parents, she took guitar and piano lessons as a young child.

Natasha Bedingfield started the dance pop group “The DNA Algorithm” as a teenager with her siblings Daniel Bedingfield and Nikola Rachelle. Throughout the 1990s and early 2000s, she wrote various rock and gospel songs for the Hillsong London Church. Her brother Daniel enjoyed moderate success with hits such as “Gotta Get Thru This” and “If You’re Not The One”.

Bedingfield was introduced to Phonogenic executive Paul Lisberg by her manager Gary Wilson. She released her debut studio album, Unwritten, in 2004, and sold more than 2 million copies worldwide. The album, certified Gold in the U.S. by the RIAA in 2006, spawned four hit singles, namely “Single”, “These Words”, “I Bruise Easily” and “The One That Got Away”.

Bedingfield’s second studio album, N.B. (2007), failed to achieve commercial success, although it produced two top ten singles in the UK. She released her next album, Pocketful of Sunshine, in 2008. It was a major success in the United States, debuting on the Billboard 200 albums chart at number 3, while selling about 49,000 copies.

Bedingfield’s third studio album Strip Me (2010) received lukewarm response, although it enjoyed some success on the adult contemporary format.

Natasha Bedingfield has won several awards and accolades in her career. Some of them include TMF Awards, BT Digital Music Awards, Glamour Awards, and two Capital FM Awards.