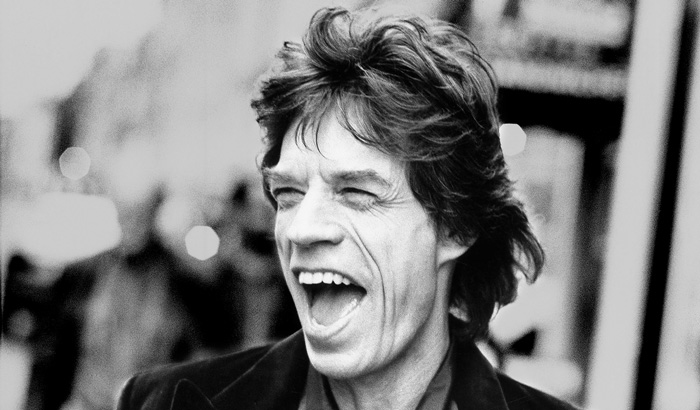 One of the most fiercely influential and charismatic singers to ever exist on this planet, Mick Jagger is an English singer-songwriter and musician, best known as the lead singer and frontman of The Rolling Stones. In an otherwise highly acclaimed career spanning more than five decades, he also gained much notoriety for his drug use and relationship troubles. In addition to his work with the Stones, Jagger pursued a solo career and appeared in a handful of movies.

Born “Michael Philip Jagger” in Dartford, Kent in 1943, his father was a teacher while his mother was a hairdresser. Jagger started singing at an early age and attended Wentworth Primary School, where he met his class fellow and future bandmate – Keith Richards.

Mick Jagger dropped out of school in 1961 and, after performing with Keith Richards and Dick Taylor for a short while as The Blue Boys, joined Brian Jones and Ian Stewart’s rhythm and blues band – the Rolling Stones – in 1962. Their name was chosen from a line in a Muddy Waters’ 1950 classic. The group quickly developed an underground fan following by playing in London nightclubs and venues.

The Rolling Stones singed a recording contract with Decca Records and released their eponymous debut album in 1964. The band’s major breakthrough came in 1965 with their first British number one single, “The Last Time”. One of their best-known songs, “(I Can’t Get No) Satisfaction”, was released a few months later and established the Stones as one of the most important acts of the British Invasion.

Over the next few years, they toured worldwide and sold millions of tickets. The Stones released their most critically acclaimed album, Sticky Fingers, in 1971, which spawned hit singles such as “Wild Horses” and “Brown Sugar”.

Jagger released his debut solo album, She’s the Boss, in 1985. He went on to collaborate with a number notable artists such as the Jacksons, David Bowie, Jeff Beck, Pete Townshend and Nile Rodgers. His solo efforts unfortunately didn’t find the same success and Jagger continued to record and perform with the Stones. In 2009, he joined the electric supergroup SuperHeavy.

Jagger has also had a colorful acting career. Some his most popular film appearances include Performance (1968) and Ned Kelly (1970).

Mick Jagger has won numerous awards and accolades in his career, both for his work with The Rolling Stones and solo endeavors. Jagger was knighted for services to popular music, during a ceremony held at Buckingham Palace in 2003.