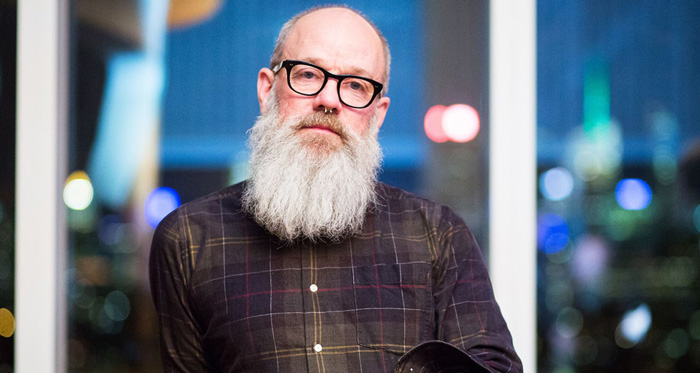 Michael Stipe is an American singer-songwriter, visual artist, film producer and activist who rose to worldwide prominence as the lead singer and frontman of the alternative rock band R.E.M. Under his dynamic leadership, R.E.M. became one of the greatest bands of the post-punk era. Known for his cryptic lyrics and mumbled vocal delivery, Stipe is often described as one of popular music’s most celebrated figures.

Born in Decatur, Georgia in 1960, his father was a serviceman in the United States Army. His younger sister, Lynda Stipe, also became a singer who would later form her own post-punk band “Hetch Hetchy”. Stipe studied art at the University of Georgia, majoring in photography and painting.

While attending college in Athens, Michael Stipe became friends with a record store clerk named Peter Buck. The two decided to form a band in 1980, which they named R.E.M. (an acronym for Rapid Eye Movement) after the addition of Bill Berry and Mike Mills. Their 1981 debut single, “Radio Free Europe”, was a college radio success. The band signed a recording contract with I.R.S. Records and released their critically acclaimed debut album Murmur in 1983.

Their distinctive “alternative” sound and Stipe’s unique vocals and lyrics received huge attention from the public and the press. R.E.M. signed with Warner Brothers in 1988, where they released some of their best work, including Out of Time (1991) and Automatic for the People (1992). The music video of their 1991 hit single “Losing My Religion” became one of the most popular videos in the history of MTV. R.E.M. is now widely recognized as one of the pioneers of the alternative rock genre. They have sold over 85 million records worldwide.

Michael Stipe won three Grammys, 2 NME Awards, 3 Brit Awards, and several MTV Video Music Awards as a member of R.E.M. He was inducted into the Rock and Roll Hall of Fame in 2007.

Michael Stipe is a prominent social and political activist. He publicly announced his homosexuality in 2008. Stipe lives in New York with his partner, photographer Thomas Dozol.