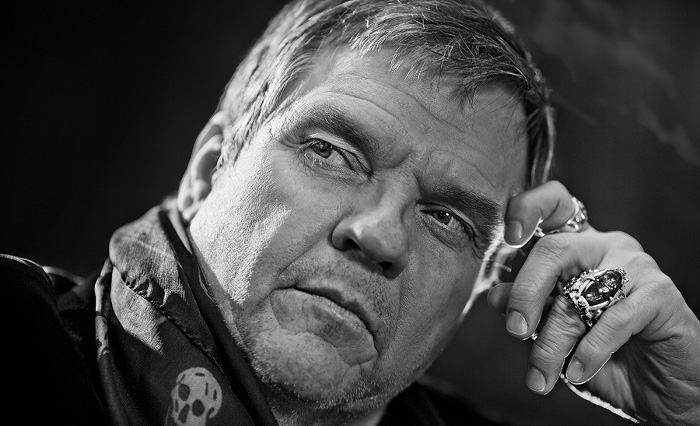 Meat Loaf is an American singer-songwriter, musician and occasional actor. Known for his strong, wide-ranging operatic vocal style and energetic theatrical performances, he has sold more than 80 million records worldwide. Meat Loaf has appeared in over 50 movies and television shows, mostly playing himself or characters matching his stage persona. Various rock publications have described him as one of the most important artists in hard rock.

Born “Marvin Lee Aday” in Dallas, Texas in 1947, his father was a police officer while his mother was a school teacher and an occasional gospel singer.

Meat Loaf released his debut album, Stoney & Meatloaf, in 1971 under Motown. The single “What You See Is What You Get”, reached number 36 on the Hot R&B/Hip-Hop Songs chart. For the next few years, Meat Loaf continued stage acting and performing on Broadway.

In 1977, Meatloaf achieved another major breakthrough with the release of his second album, Bat Out of Hell. The album turned out to be a massive success, having sold more than 43 million units worldwide. It stayed on the charts for over nine years and spawned four hit singles; “Bat Out Of Hell,” “Paradise by the Dashboard Light”, “You Took the Words Right out of My Mouth”, and “Two out of Three Ain’t Bad”.

His next few releases failed to match the success of Bat Out Of Hell. Meat Loaf came back on top again with his 1993 follow up entitled Bat Out of Hell II: Back Into Hell. The album was certified multi platinum in various countries, topping the charts in the US, UK, and Australia. It has sold more than 20 million copies worldwide to this day.

Meat Loaf has won several awards and accolades in his career, including a Grammy Award, an Echo Award, and a Brit Award.

Meat Loaf married his first wife, Leslie G. Edmonds, in 1979. Their only daughter, Amanda Aday, was born in 1981. Leslie and Meat Loaf filed for a divorce in 2001. He married his second wife, Deborah Gillespie, in 2007. Meat Loaf is also an active philanthropist and an avid baseball fan.