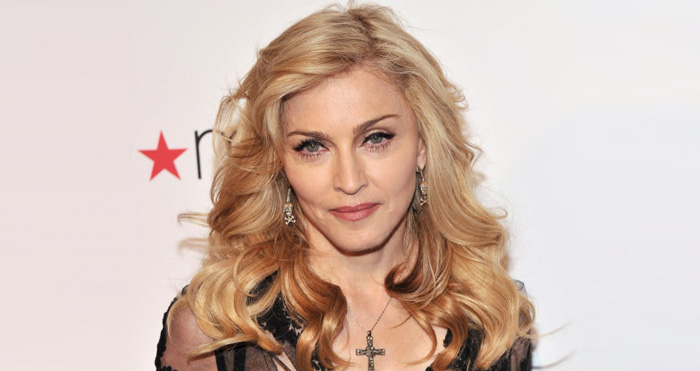 American singer-songwriter, dancer and actress Madonna is undoubtedly one of the greatest and most influential stars in the history of popular music. Her massive popularity and influence brought her unprecedented power and control in the entertainment industry. Often referred to as the “Queen of Pop”, Madonna has sold more than 300 million records worldwide and, according to Guinness World Records, is the best-selling female recording artist in history.

Born “Madonna Louise Ciccone” in Bay City, Michigan in August 1958, her father was an an engineer designer who worked for Chrysler and General Motors. Her mother died from breast cancer in 1963. Although an excellent student, Madonna gained notoriety for her rebellious attitude. She was a member of the cheerleading squad at high school. Madonna dropped out of college and relocated to New York City in 1978.

After working as a backup dancer for various artists and singing in several bands, Madonna got her first break when she secured a singles deal after meeting Sire Records founder Seymour Stein. She released her self-titled debut album in 1983, achieving moderate success. Her second studio album, Like a Virgin (1984), rose to number one on various music charts and singles like “Like a Virgin”, “Material Girl” and “Into the Groove” became huge worldwide hits. She continued her success into the 1990’s with True Blue, Who’s That Girl, Like a Prayer, and Dick Tracy. Madonna’s 1987 Who’s That Girl World Tour broke several attendance records.

Madonna earned a unique reputation for her fashion sense, mostly inspired by the hipster scene in the East Village neighborhood of New York City. Her music videos, drawn from diverse influences, impacted thousands of young girls and women and her style became probably the most popular female fashion trend of the 1980s. Madonna started her film career in 1985, starring in a number of commercially successful mainstream films.

The Immaculate Collection, Madonna’s first greatest-hits compilation album, was released in 1990. Certified diamond by RIAA in 2001, it has sold more than 30 million units worldwide. Her 1992 risqué book Sex sold 1.5 million copies in just three days and it still remains the highest-selling coffee-table book of all time.

With her seventh studio album, Ray of Light (1998), Madonna took an entirely different electronic approach, largely influenced by her new interest in Kabbalah. Madonna participated in a number of charity events over the past few decades. She performed at Super Bowl XLVI halftime show in 2012, which became the then most-watched Super Bowl halftime show in history with 114 million viewers.

Madonnna has won numerous awards and accolades in his career, including 3 American Music Awards, 39 Billboard Music Awards, 2 Brit Awards, 7 Grammy Awards, 2 Golden Globes, 2 Ivor Novello Awards, and 20 MTV Video Music Awards. She was inducted into the Rock and Roll Hall of Fame in 2008.

She is also praised for her philanthropic efforts and entrepreneurial skills. In 1992, Madonna founded her own entertainment company named “Maverick” which comprised of a record label, film production company, and book publishing unit.