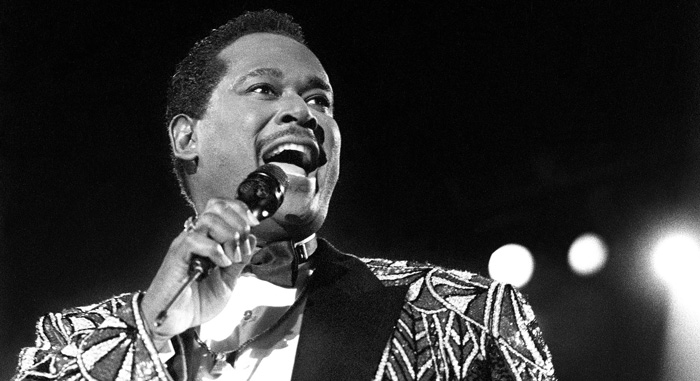 Luther Vandross was American singer-songwriter, musician, arranger and record producer. Probably the most popular R&B artist of the 1980s and ’90s who initially rose to prominence as the lead singer of the Italian American post-disco group Change, he built up a reputation as a consummate stylist and solo artist with his multi-million selling albums and highly acclaimed collaborations with other influential artists. Vandross has sold more than 25 million records across the world.

Born “Luther Ronzoni Vandross, Jr.” into a poor music-loving family in Manhattan, New York City in 1951, his father was an upholsterer while his mother was a nurse. Vandross demonstrated musical talent early and taught himself to play the piano by ear at the tender age of three. His father died of diabetes when he was only eight. His sister, Patricia, sang with the doo-wop group The Crests, and she would often take Vandross to the Apollo Theater to see Dionne Warwick and Aretha Franklin perform.

While still in high school, he played in a number of bands and became a member of a theater workshop, Listen My Brother. Vandross graduated from William Howard Taft High School in 1969. In 1970, he dropped out of Western Michigan University to pursue a full-time career in music.

Luther Vandross started his musical career singing commercial jingles and background vocals for a number of prominent artists, including Chaka Khan, Diana Ross, Carly Simon, Barbra Streisand, and Donna Summer. He also earned reputation as a top vocal arranger and songwriter. In 1972, he contributed “Everybody Rejoice” to the Broadway musical, The Wiz. The song peaked at number 1 in Belgium and The Netherlands. Vandross rose to worldwide prominence when he worked as a guest vocalist on the Italian-American post-disco group Change’s 1980 album The Glow of Love.

In 1981, he secured a recording contract with Epic Records which allowed him to independently write and record his own material. That same year, he released his critically acclaimed debut album, Never Too Much. The album sold more than one million copies worldwide and its title song was an international hit. His distinctive baritone, immaculate phrasing and appealing romantic themes were key to his unstoppable success which brought a long string of million-selling albums. A few of hit songs include “Here and Now”, “Any Love”, “Power of Love/Love Power”, “I Can Make It Better” and “For You to Love”

Vandross became one of the most important artists in the crossover genre called urban contemporary music. As a producer, he worked on numerous highly successful albums for such artists as Aretha Franklin, Dionne Warwick, David Bowie and Bette Midler.

Luther Vandross won several awards and accolades in his lifetime, and has been posthumously awarded many more. A few of them including eight Grammy Awards, two American Music Awards, and three Soul Train Music Awards. He was posthumously honored with a star on the Hollywood Walk of Fame in 2014.

Luther Vandross never married in his lifetime. He is buried in George Washington Memorial Park in New Jersey.