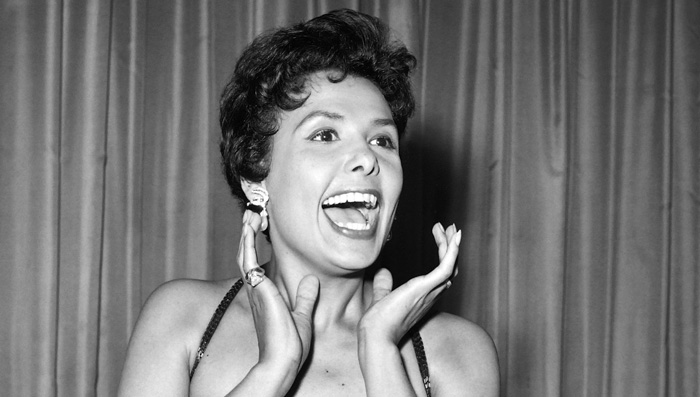 Lena Horne was an American singer, dancer and actress who first rose to prominence in the 1940s as a nightclub entertainer and later moved to Hollywood and appeared in 16 feature films. Her six-decades long career as a recording artist brought her immense popularity and acclaim, bringing her three Grammy Awards. Horne was also a prominent civil rights activist who worked with Eleanor Roosevelt to pass anti-lynching laws.

Born “Lena Mary Calhoun Horne” in Brooklyn, New York in 1917, her father was a gambling kingpin who abandoned the family when she was only three years old. Horne’s mother was an actress who worked for a black theater group and that meant she had to travel a lot. Horne was therefore raised by her grandparents and her uncle. She dropped out of high school without earning a diploma and moved in with her father in Pittsburgh at the age of eighteen.

During her teenage years, Lena Horne took dance, singing and acting lessons at the Anna Jones Dancing School in Brooklyn. In the early 1930s, she started performing at the Cotton Club in New York City. In 1934, the sixteen-year-old Horne secured a lead role in the Cotton Club Parade alongside famed jazz singer and entertainer Adelaide Hall. She debuted onscreen in Hollywood after singing with Million Dollar Productions in 1938, and her first major role was in William Nolte-directed 1938 all-black musical The Duke Is Tops.

Horne was a part of the Noble Sissle Orchestra from 1935 to 1936. She performed with Teddy Wilson in the late 1930s, with jazz saxophonist Charlie Barnet’s big band from 1940 to 1941, and with clarinetist and bandleader Artie Shaw in 1941.

Horne championed racial uplift and she was the earliest African American female to sign a long-term contract with Metro-Goldwyn-Mayer in 1942, starring in a series of successful musicals such as Panama Hattie (1942), Thousands Cheer (1943), I Dood It (1943), and Till the Clouds Roll By (1946). Horne’s interpretation of “Sweet Georgia Brown” as the titular character Georgia Brown in 1943 American musical Cabin in the Sky and her rendition of the song “Stormy Weather” as Selena Rogers in the 1943 musical of the same name brought her widespread critical acclaim and press adulation.

Home’s career spanned more than six decades. Her 1981 one-woman show, Lena Horne: The Lady and Her Music, ran for more than three hundred performances on Broadway and won her a Drama Critics’ Circle citation and a special Tony Award. In 2006, she released her last studio album, Seasons of a Life. Horne died aged 92 in Manhattan, New York in 2010.

Lena Horne earned numerous awards and accolades in her career, including 2 Grammy Awards, two NAACP Image Awards, the Grammy Lifetime Achievement Award, Kennedy Center Honors, and the Special Tony Award. She was inducted into the Big Band and Jazz Hall of Fame in 1991.

Lena Horne was married twice. She married Louis Jordan Jones in 1937. They had two children, Gail Lumet Buckley and Edwin Jones. Horne and Jones divorced in 1944. She married her second husband, Lennie Hayton, in 1947. The couple separated in the early 1960s. Layton died from a heart attack in 1971.