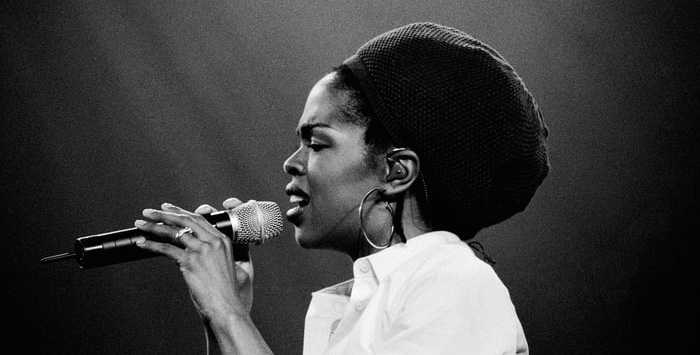 American singer-songwriter, record producer and occasional actress Lauryn Hill played a central role in the invention of hip-hop. Her soulful voice and her outstanding work with the Fugees garnered tremendous applause and chart success. Hill’s only solo album, The Miseducation of Lauryn Hill (1998), released to widespread critical and commercial acclaim.

Born into a middle-class Baptist family in East Orange, New Jersey in 1975, her father was a management consultant and her mother a schoolteacher. Her family had a rich musical background and her father sang in local nightclubs and weddings. Hill also developed an early interest and started listening to artists such as Curtis Mayfield, Smokey Robinson, Marvin Gaye, Stevie Wonder, Aretha Franklin, and Gladys Knight. She attended Columbia High School, where she took violin and dance classes, and formed the school’s gospel choir.

Lauryn Hill rose to prominence as a member of the Fugees. After securing a recording contract with Columbia Records in 1993, the group released their breakthrough album, The Score, in 1996. Featuring hit singles such as “Killing Me Softly”, “Fu-Gee-La”, and “Ready or Not”, the multiple Grammy-winning album sold 17 million copies worldwide and made the group international superstars.

When the group disbanded, Hill achieved massive popularity as a solo artist with her 1998 album, The Miseducation of Lauryn Hill. She bagged an astonishing 10 Grammy nominations, securing five of them. The album spawned three hit singles – “Doo Wop (That Thing)”, “Ex-Factor”, and “Everything Is Everything” – and sold more than 19 million copies worldwide.

Lauryn Hill has six children, five of whom are with Rohan Marley, son of reggae icon Bob Marley. She met Rohan in 1996. Although Hill called him her husband for many years, they never actually married.