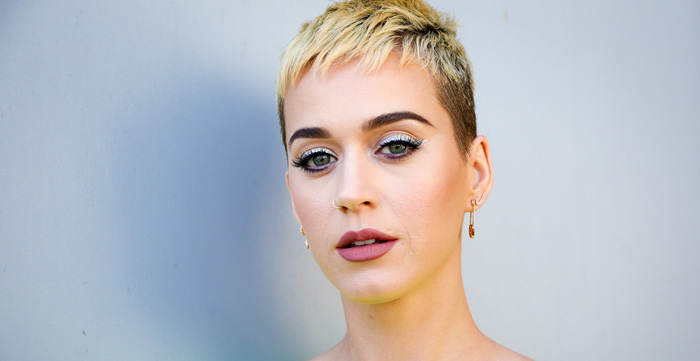 Katy Perry is an American singer-songwriter, actress and musician. Often considered as one of the biggest and most bankable names in contemporary pop music, she has sold 11 million albums and 81 million singles worldwide.

Born “Katheryn Elizabeth Hudson” on October 25, 1984 to a religious family in Santa Barbara, California, she grew up listening to and performing gospel music. Perry dropped out of high school to begin to pursue a music career and her singing caught the attention of rock artists Steve Thomas and Jennifer Knapp.

Katy Perry recorded her debut gospel album, Katy Hudson, with Red Hill Records in 2001. She secured a contract with Capitol Records in 2007 and the same year she adopted the stage name “Katy Perry”. She released a digital EP called “Ur So Gay“ which was noticed by the music press but failed to chart completely.

The lead single “I Kissed a Girl” from her 2008 album One of the Boys, topped the charts worldwide, including the Billboard Hot 100 Singles chart in the US, UK, Canada, Australia and Germany. Two more singles from the album, “I Kissed a Girl” and “Hot n Cold”, were certified triple platinum by the RIAA.

In 2009, Perry featured on “MTV Unplugged” and a live album of the performance was also released. Her third studio album, Teenage Dream, debuted at #1 in the US, UK, Canada, Australia and Ireland. Six singles from this album reached the top 10 in these five countries. With five back-to-back number 1 singles from one album, Perry became the first female and only the second recording artist behind Michael Jackson to achieve this feat. Her next album, Prism, became Perry’s fastest-selling album and the sixth best-selling album in the world in 2013.

She married Russell Brand in a traditional Hindu ceremony in India on October 23, 2010. The couple divorced after 14 months of marriage.