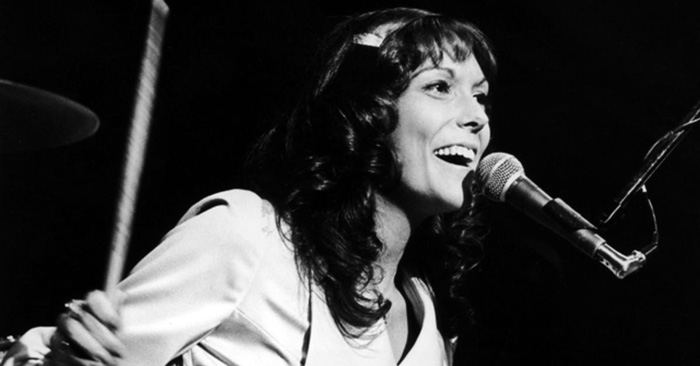 Karen Carpenter was an American singer and musician, best known as the lead vocalist and drummer for the soft-rock duo the Carpenters. Her vaudevillian drumming skills gained much critical acclaim but it was her amazingly beautiful contralto vocals that established the duo as a worldwide phenomenon. Karen recorded an eponymous solo album in the late ’70s which was released in 1996 after her tragic death due to heart failure.

Born “Karen Anne Carpenter” in New Haven, Connecticut in 1950, she was an avid baseball fan. She became the pitcher on the Carpenters’ official softball team in the early 1970s. Karen developed an early interest in music. She attended Downey High School, where she actively participated in the school band. Karen’s elder brother, Richard, was a childhood piano prodigy. It was only later in her teens she would start learning drums.

Karen Carpenter and her brother, Richard, formed the Richard Carpenter Trio in 1965. Their first major breakthrough came in 1969, when they signed a recording contract with A&M Records as the Carpenters. The duo’s 1970 album Close to You spawned two big hit singles; “(They Long to Be) Close to You” and “We’ve Only Just Begun”, both of them peaking at number one and number two on the Billboard Hot 100, respectively.

As the drummer and lead singer of Carpenters, Karen played an instrumental role in the success of the Carpenters. She originally sang all her vocals from behind the drum set and occasionally played electric bass guitar on several studio sessions. The duo broke up in the late 1970s due to Richard’s addiction to Quaaludes. Their last concert was held at the MGM Grand in Las Vegas in 1978.

Karen subsequently embarked on a solo career in 1979 and started working on a solo album with producer Phil Ramone.
The self-titled album was recorded in New York from 1979 through 1980 but it remained shelved until 1996, thirteen years after her death, due to the insistence of A&M executives, Herb Alpert and Jerry Moss.

Karen died in 1983, succumbing to heart failure caused by complications from her long, unpublicized struggle with anorexia nervosa. She was only 32 years old at the time of her death. Her funeral service was attended by well-known celebrities such as Dorothy Hamill, Olivia Newton-John, Petula Clark, and Dionne Warwick and hundreds of fans from all over the world.

Karen Carpenter won several awards and accolades as a member of the Carpenters, including three Grammys, two Grammy Hall of Fame Awards, and an American Music Award.