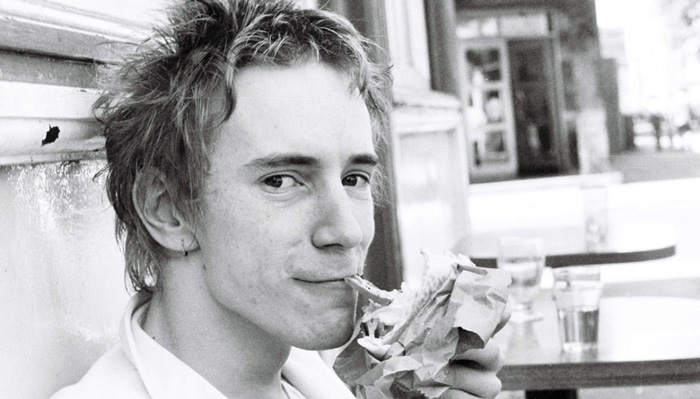 Johnny Lydon, formerly known as Johnny Rotten, is an English singer-songwriter and musician who rose to worldwide prominence as the lead vocalist and frontman of punk rock band, the Sex Pistols. Often referred to as the “godfather of British punk”, he was one of the foremost and most controversial figures of the punk movement. After the Pistols broke up in 1978, Lydon established Public Image Ltd. as one of the most important bands of the artsy post-punk era.

Born “John Joseph Lydon” in January 1956, his parents were working class immigrants from Ireland. Growing up in a poor neighborhood, he had a difficult childhood and his teachers thought that he was a dull student. As a teenager, Lydon listened to rock bands such as Iggy and the Stooges, Alice Cooper and Hawkwind.

Johnny Lydon was hired as the frontman of the Sex Pistols in 1975 by Malcolm McLaren, who was impressed by his personally crafted image and unique fashion sense. With the Pistols, Lydon went on to write some of the most influential body of work in punk rock’s history, including “Anarchy in the U.K.”, “God Save the Queen” and “Holidays in the Sun”.

The band attracted press criticism due to their anarchic lyrics, eccentric antics, and swearing on live television. Due to the controversial appearance of the Sex Pistols in the media, Lydon acquired the reputation of the outré figurehead of the punk movement in the public image.

Lydon left the Pistols in 1978 and formed Public Image Ltd, his own band which became known for its experimental music sound. It is now regarded as the earliest post-rock group. Despite the limited commercial success of Public Image Ltd, the band released eight studio albums and a series of hit singles, such as “Public Image”, “Death Disco”, and “Rise”. Public Image Ltd went on hiatus in 1993, and reunited in 2009.

In the next few years, Lydon went on to host several television shows in the UK, US and Belgium. In 1994, he released his autobiography, Rotten: No Irish, No Blacks, No Dogs, and released his only solo album Psycho’s Path in 1997.

John Lydon has won numerous awards and accolades in his career, including several NME Awards, and the BMI Icon Award. In 2006, the Rock and Roll Hall of Fame inducted the Sex Pistols, but he refused to accept the invitation or even acknowledge the induction.

John Lydon’s personal life has been the subject of extensive media attention. His rebellious nature, fashion style and social criticism defined him as the figurehead of the punk movement. In 1982, Lydon married Nora Forster, a German media heiress 14 years his senior. The couple currently resides in Los Angeles, California.