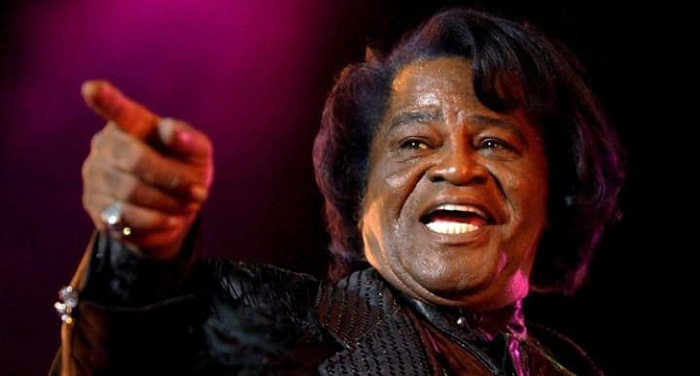 James Brown, often referred to as “The Godfather of Soul”, was an American singer, musician, dancer and producer. One of the progenitors of funk music, he was one of the most important and influential figures in the history of popular music. Brown has sold more than 80 million albums worldwide.

Born “James Joseph Brown” to an extremely poor family on May 3, 1933, he lived in a small wooden shack in Barnwell, South Carolina. Brown’s family relocated to Augusta, Georgia when he was only four or five. Abandoned by his parents, he was raised by an aunt. Brown learned to play piano, guitar and harmonica at an early age and started singing in talent shows. He also began hustling in the streets to earn a living. Convicted of robbery at age sixteen, Brown was sent to a juvenile detention center in Toccoa.

James Brown started a gospel quartet called “James Brown and the Famous Flames” with his fellow cellmates, including Johnny Terry. They started playing in college campuses and nightclubs. Their song “Please, Please, Please” was an early success and the group was eventually signed by King Records. The single peaked at number five on the Billboard charts. The group reached number one on the R&B chart with “Try Me” in 1959.

Brown became famous for his live performance antics. He used his own money to record Live at the Apollo in October 1962 over his record company’s reservations. The album became a huge success and reached number two on Billboard Charts. The same year, his single “Night Train” hit number 5 on R&B Charts and number 35 on Pop Charts. With the release of “Cold Sweat”, Brown’s unique sound had begun to be described by the press as funk music.

The emphasis on rhythm in his work infused with the rebellious spirit of the era laid down the anthem of black America’s transition from the civil rights movement to the black power movement. The 1968 hit single “Say It Loud — I’m Black and I’m Proud” is frequently cited as one the most popular civil rights songs. Brown’s career slowed down significantly in 1976, only to rise up again  in the 1960s when hip-hop musicians emulated his unique sound as a template to evoke another black music revolution. “The Godfather of Soul” continued to perform and record until his 2006 death from congestive heart failure.

James Brown was known for his turbulent and controversial personal life. He was arrested several times for theft, assault, illegal use of a handgun and possession of marijuana. Brown was married three times.