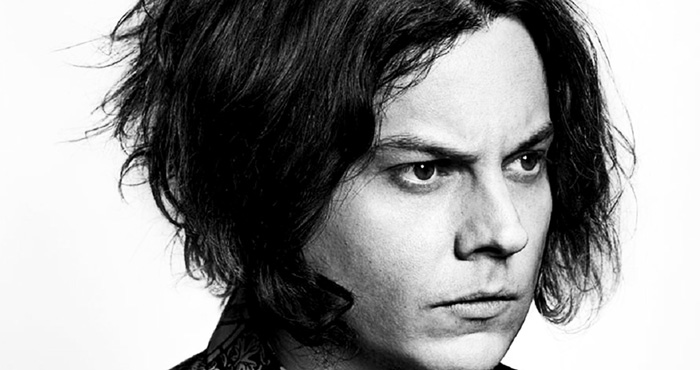 Jack White is an American singer, musician and producer, best known as the frontman of punk-blues band The White Stripes. One of the most adored guitarists of the past two decades, he also collaborated with various artists, participated in a range of other projects and enjoyed widespread critical acclaim as a solo artist. Jack played an crucial role in the garage rock revival of the 2000s.

Born “John Anthony Gillis” in Detroit, Michigan in 1975, he was the youngest of ten children and both his parents worked for the Archdiocese of Detroit. Jack developed an early interest in music and started playing various instruments including guitar, drums and piano. He cites Blind Willie McTell, Gene Krupa, the Doors, Pink Floyd, and Led Zeppelin as some of his major musical influences.

Before attaining worldwide fame with The White Stripes, Jack White worked as an upholstery apprentice with his family friend, Brian Muldoon. The two formed a garage punk band called the Upholsterers and recorded their first album, Makers of High Grade Suites. Jack started working as the drummer for the Detroit band Goober & the Peas, a cowpunk band from Detroit, Michigan, in 1993.

Jack met Meg White at a local bar called Memphis Smoke in 2006. The couple eventually got married the same year. Jack took his wife’s last name and became “Jack White”. Meg started playing drums with him in 2007, even though she had very little musical experience. The two formed a band, The White Stripes, featuring Jack on guitar and vocals and Meg on drums.

The band quickly gained popularity in the underground rock and roll scene and signed a recording contract with Italy Records in 1998. The White Stripes released their eponymous debut album in 1999, garnering highly favorable reviews from critics. The band had their first major breakthrough with the release of White Blood Cells in 2001. The album peaked at number 61 on the Billboard 200, receiving Platinum status after selling more than one million units.

The White Stripes’ sixth studio album, Icky Thump (2007), debuted at number two on the US Billboard 200 chart and number one on the UK Albums Chart.

Jack has also collaborated with various artists and produced Lorretta Lynn’s comeback album Van Lear Rose in 2005, as well as Wanda Jackson’s comeback album The Party Ain’t Over in 2011. He released his debut solo album, Blunderbuss, in 2012. The album achieved gold status in 2013, having sold more than 500,000 copies in the United States.

Jack White has earned numerous awards and accolades in his career, including eleven Grammys, five MTV Video Music Awards, and a Brit Award.

Jack White’s personal life has been the subject of extensive media attention. He has been married twice, but both his marriages did not work. His 1996 marriage to fellow singer Meg White ended in a divorce in 2000, long before their band attained mainstream popularity. White married British model Karen Elson in 2005. They have two children, Scarlett Teresa White and Henry Lee White.

White is prominent philanthropist who donates a good amount of his income to charity organizations.